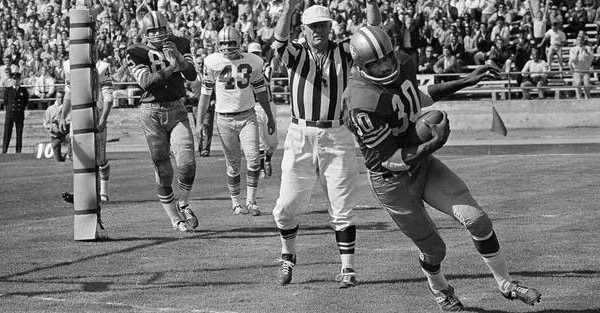 Bernie Casey, a former NFL Pro Bowler who went on to tremendous success as an actor, has died. He was 78.

Casey was a standout track and field star before he embarked on his NFL career. He was an All-American in track and field at Bowling Green University before he was drafted as a wide receiver with the ninth pick in the first round of the 1961 draft by the San Francisco 49ers.

He played eight seasons in the NFL, the first six with the Niners and the last two with the Los Angeles Rams, While with the Rams, he was named to the Pro Bowl in 1967. For his career, he caught 359 passes for 5,444 yard and 40 touchdowns.

He then embarked on an acting career that spanned roles in tear-jerking dramas and insanely silly comedies. He played the team captain of the Chicago Bears in Brian’s Song, and a high school teacher in Bill and Ted’s Excellent Adventure. He also had roles on several television shows, including The Streets of San Francisco and Star Trek: Deep Space Nine.