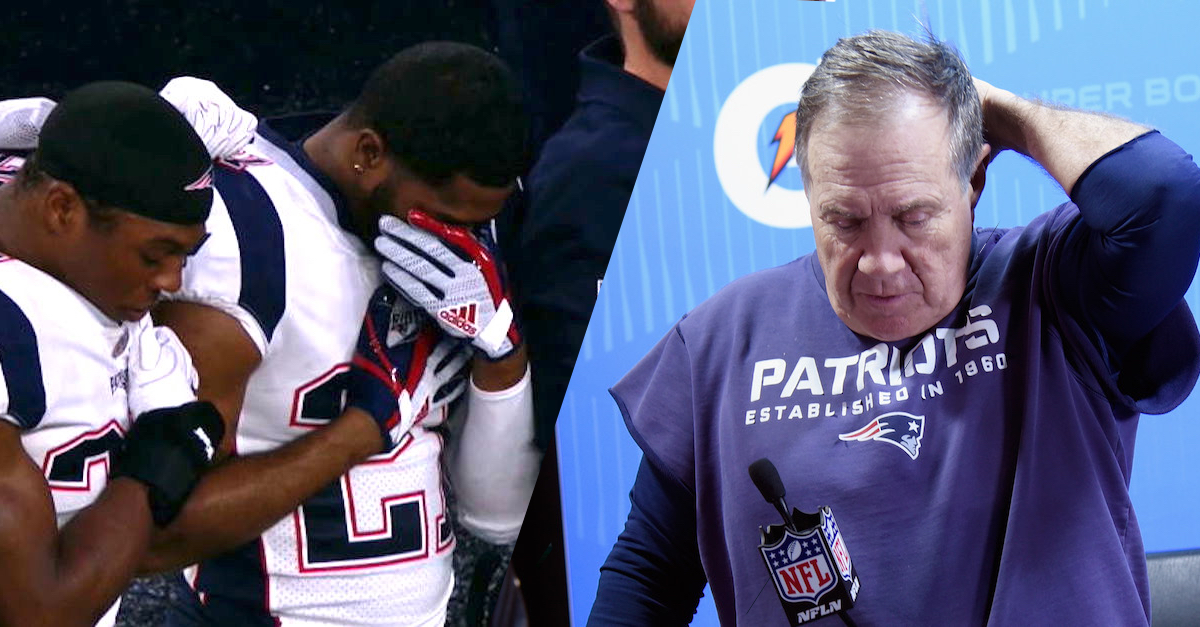 Super Bowl LII wll go down as an all-time thriller, with a game that encapsulated the era of the spread offense, with gunslingers throwing for nearly 900 combined yards.

It’s also a game that will be remembered for Bill Belichick’s head-scratching decision to bench Malcolm Butler (a Super Bowl hero and former Pro Bowl cornerback) in favor of Eric Rowe.

Belichick has been tight-lipped on why Butler was mysteriously was dropped from the starting lineup. He called it a football decision after the game, playing the two-inches-taller Rowe over Butler.

The game plan from Philly’s perspective was to exploit New England’s deficiencies in the secondary. The Patriots, with their curious roster decision, opened the door and invited the Eagles to target a “mismatch” after moving Butler to the bench.

The plan was ?to go after 25 [Rowe],? one Eagles assistant told Sports Illustrated. ?We could get Alshon [Jeffery] out there against him. We had Rowe on our team here in Philly, we knew that was a mismatch.?

Butler was obviously overcome with emotion, covering his face during the national anthem. Rowe said he didn’t “officially know” he was starting over Butler until kickoff, but he did note he played opposite Stephon Gilmore throughout the week leading up to the big game.

Butler, for his part, was furious after the game, telling ESPN the Patriots “gave up on (him).”

Butler, who played nearly 98 percent of the team?s defensive snaps this season, arrived late in Minneapolis due to illness. He is a former Pro Bowler, two-time Super Bowl champion and had started 16, 16 and 15 games in each of the last three years, respectively. He also registered eight interceptions over the last three seasons, notching the game-winning interception against Russell Wilson in Super Bowl XLIX.

When Butler hits free agency this summer, he’s almost certainly going to target a new start elsewhere. He was disrespected when the Patriots inked Gilmore to a five-year, $65 million deal while forcing him to sign a $3.91 million tender for a one-year deal. The Super Bowl debacle was just the cherry on top.

For Belichick and defensive coordinator Matt Patricia to bench him, it must have taken something drastic behind the scenes. Or maybe Belichick really thought it was the best decision at the time.

Regardless of what happened in the locker room, this will go down as one of the most drastic botched coaching decisions in Super Bowl history.

The ugly separation will be talked about as something that could have been avoided had Belichick/Patricia not dug their respective heels in. Instead, the Patriots will head home with broken hearts, healing from another Super Bowl loss.