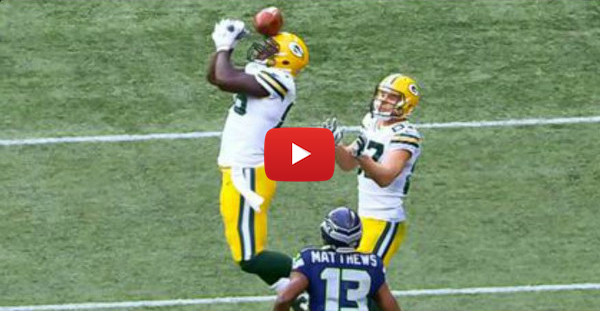 Green Bay Packers fans will be quick to blame Brandon Bostick for not coming down with Seattle’s onside kick attempt late in the fourth quarter, but Bostick revealed after the game that his assignment wasn’t to come down with the ball, it was receiver Jordy Nelson’s job.

“I let my team down, I feel like,” Bostick said. “There was a lot on this game. I just feel like if I was able to do my job – my assignment was to block – Jordy would’ve caught the ball and the game would’ve been over.”

Even though it wasn’t Bostick’s job, he still needs to bring that down. It wasn’t like it was a difficult grab to make. But, still, Bostick shouldn’t solely be blamed for his miscue. The Packers offense had plenty of times to put the Seahawks away, but they didn’t. The defense allowed Seattle to come back, too. So, it’s not all Bostick’s fault, although he does feel responsible for the loss and was reflecting hard after the game.

?I was just thinking about everything,? he said. ?The game, my teammates, and everyone in Green Bay and my family and everything. I feel like I let everyone down, but I?ll do my best to move on from it.?

I just want to know how someone like Bostick recovers from this and perseveres. Obviously Green Bay is a massive football city and he will be the subject of tons of negativity from Packers fans, but let’s just hope Bostick and come back from this and find a way to redeem himself.