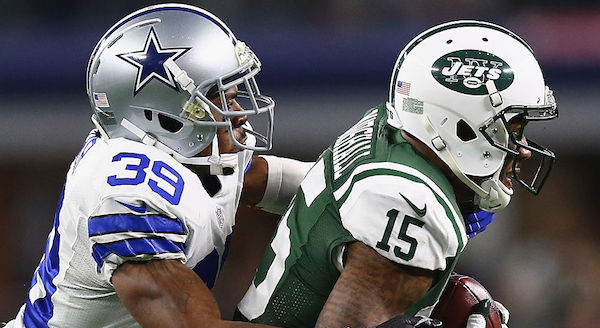 New York Giants’ wide receiver Brandon Marshall was in-studio for an interview with a Boston sports radio station Thursday morning, and it ended with Marshall walking out entirely.

The hosts asked Marshall about comments he made in 2015 on the white and black players being treated differently. He clearly didn’t have interest in going back in time to discuss the matters, but it didn’t end there and Marshall got very upset.

TMZ has video of the interview, and you can see from Marshall’s body language that he doesn’t want to discuss the comments, but the hosts continue to prod the Giants’ wideout before he ultimately ends the interview abruptly once he sees where it’s headed.