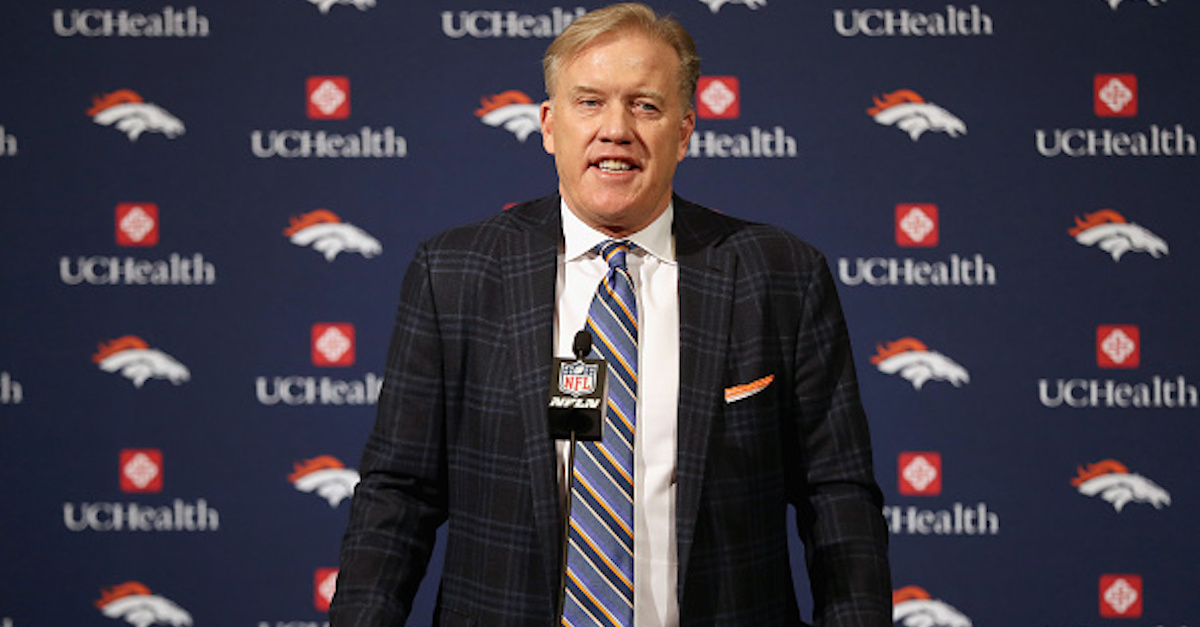 The Denver Broncos (still) don’t have a franchise quarterback, even after investing in Paxton Lynch with a first round pick. With that in mind, current Broncos linebacker and Super Bowl winner Brandon Marshall shed a bit of light on what he believes the team will do at the position.

Marshall appeared on NFL Network’s Up To The Minute Live (h/t NFL.com) and provided this foreshadowing with regard to John Elway’s decision.

It would not be a shock to see Denver go after a veteran rather than pursuing another draft pick, but Marshall went on to say that the Broncos played against “a guy in Week 16 that was pretty good.” That is a direct reference to Washington’s Kirk Cousins, who is set to hit the market, and that would be an intriguing partnership in a number of ways.

Obviously, it would take interest on both sides and, for now, we don’t know if that exists. Still, Cousins in a Broncos uniform would be quite interesting and that is something to monitor in the future.