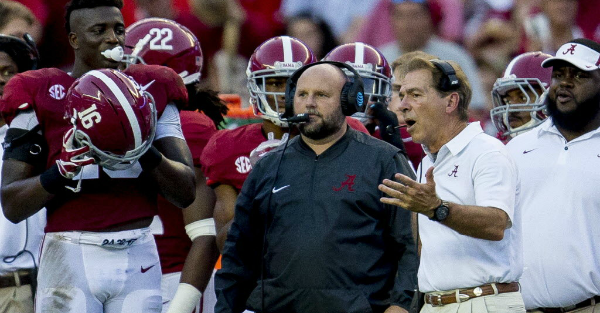 Brian Daboll, who spent a single season with the Alabama Crimson Tide, is now the new offensive coordinator for the Buffalo Bills.

If, for some magical reason, you have been keeping track of Daboll’s career-arc, you know he’s had a heck of a run the last 12 months. He first aided the New England Patriots to a Super Bowl victory last year as a tight ends coach, then aided Alabama to a National Championship as the offensive coordinator this month.

Basically, if you want to win your sport’s championship, hiring Daboll is apparently a must.

Believe it or not, there’s a direct connection between Daboll and Buffalo and it has nothing to do with his history of winning all the titles. He and Buffalo head coach Sean McDermott first crossed paths at William & Mary. McDermott was a senior safety for The Tribe when Daboll was a restricted earnings coach on the William & Mary staff in 1997.

Life is a flat circle or something.

Daboll likely got a big boost to his resume after Alabama’s shocking win over the Georgia Bulldogs in the College Football Playoff National Championship, as he rode a backup freshman gunslinger to a victory.