Brock Osweiler’s career has somehow reportedly turned around in Cleveland 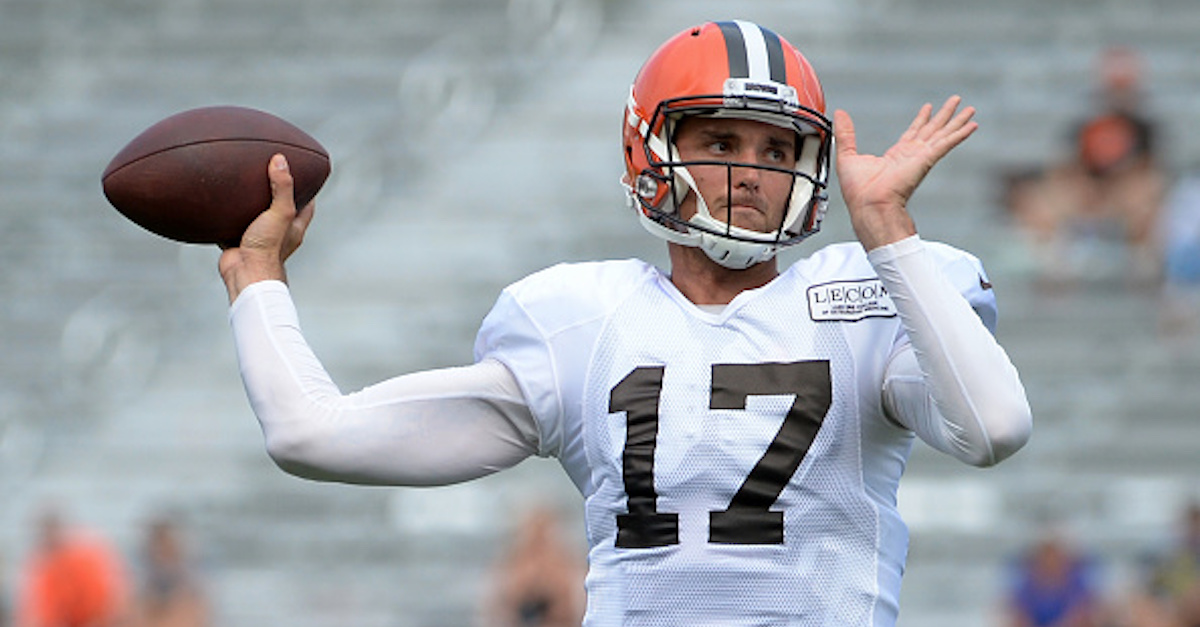 From the moment Brock Osweiler arrived in Cleveland, this wasn’t supposed to happen. After all, the Houston Texans essentially dumped Osweiler’s salary in a largely unprecedented transaction with the Browns and the general consensus was that the former Denver Broncos signal-caller would simply ride out his considerable contract on the bench.

Now, though, the momentum toward Osweiler’s redemption appears to be rolling at full steam, as Browns offensive tackle and long-time Pro Bowler Joe Thomas essentially indicated that Osweiler is the team’s starting quarterback.

LT Joe Thomas said he expects Brock Osweiler to be the starting QB in week 1; believes Hue Jackson is grooming him for that

This isn’t the first positive sentiment about Osweiler coming out of Browns camp but, at the same time, the words of Thomas carry real weight within that organization. The principle competitors for the job would be Cody Kessler and 2016 draft pick DeShone Kizer and, while Osweiler may be at a future disadvantage when it comes to battling with Kizer, it is conceivable that he could be the better option in the immediate time frame.

Until Brock Osweiler takes the first snap for the Browns in Week 1, many people simply won’t believe that he is the team’s full-fledged starting quarterback. With every passing day, however, that appears more likely to be the case for the beginning of the 2017 season.