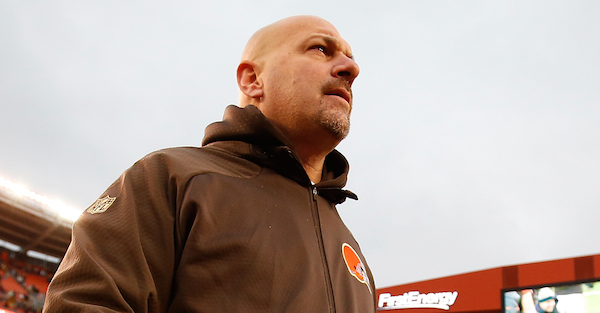 CLEVELAND, OH - JANUARY 3: Head coach Mike Pettine of the Cleveland Browns walks off the field after a 28-12 loss to the Pittsburgh Steelers at FirstEnergy Stadium on January 3, 2016 in Cleveland, Ohio. (Photo by Gregory Shamus/Getty Images)

In just his second year as head coach with the Cleveland Browns, Mike Pettine has been fired along with general manager Ray Farmer.

After finishing 7-9 last season, the Browns lost 13 games this year. Some of Pettine’s decisions, along with questionable draft choices likely led to his firing.

Coupled with off-field distractions, the Browns need a complete rebuild and moving on from these decision-makers is the first of plenty of offseason moves.