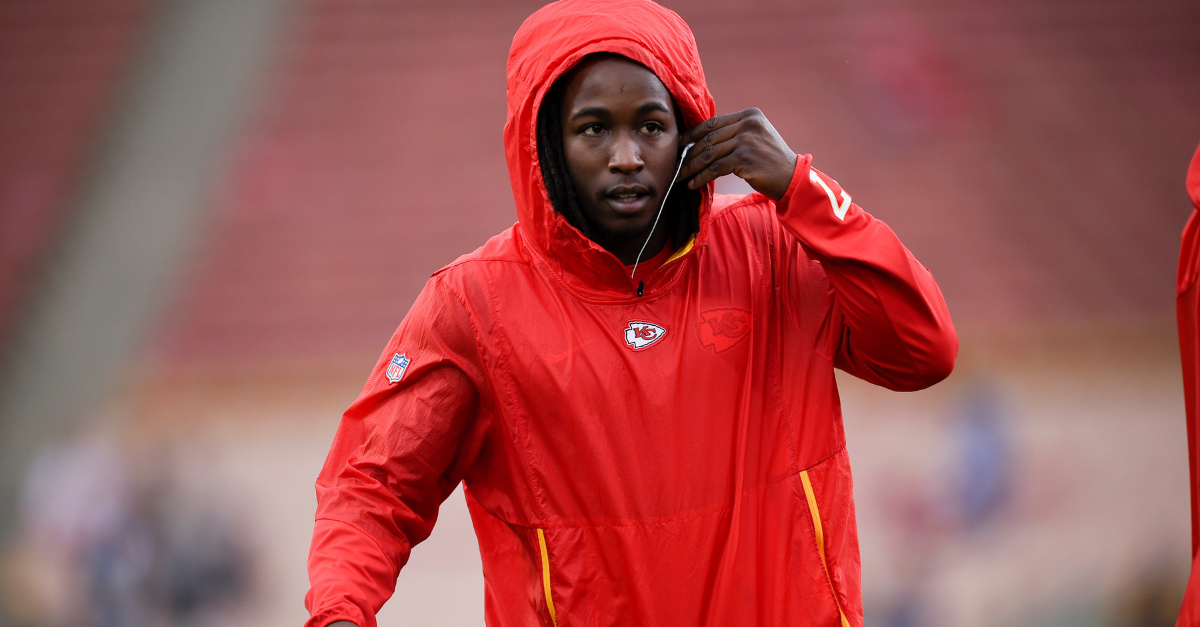 CLEVELAND (AP) ? The Cleveland Browns have signed Kareem Hunt two months after the star running back was released by Kansas City after a video showed him kicking a woman last year.

Hunt was placed on the NFL’s commissioner’s exempt list hours before the Chiefs released him, a move that drew public support after he was seen in a physical altercation with the woman during an argument in the lobby of a downtown hotel where he stayed.

Hunt was in his second season with Kansas City and was one of the team’s best players. He led the NFL in rushing as a rookie in 2017.

The Browns are now giving the 23-year-old, who is from Cleveland, a chance to restart his career.

Hunt still could be suspended by the league under its personal conduct policy for the incident and two others that surfaced after he was released by the Chiefs. An NFL investigation is ongoing.

Browns gave RB Kareem Hunt a one-year deal, per source. After that deal is over, Hunt will be a restricted free agent for Cleveland, so the Browns control his right anyway.

“My relationship and interaction with Kareem since 2016 in college was an important part of this decision making process,” Dorseys aid, “but we then did extensive due diligence with many individuals, including clinical professionals, to have a better understanding of the person he is today and whether it was prudent to sign him,” Dorsey said. “There were two important factors: one is that Kareem took full responsibility for his egregious actions and showed true remorse and secondly, just as importantly, he is undergoing and is committed to necessary professional treatment and a plan that has been clearly laid out.”

Dorsey went on to say the Browns “fully understand and respect the complexity of questions and issues in signing a player with Kareem’s history and do not condone his actions.”

In a statement released by the team, Hunt expressed remorse and thanked the Browns for giving him the opportunity.

“First off, I would like to once again apologize for my actions last year,” Hunt said. “What I did was wrong and inexcusable. That is not the man I was raised to be, and I’ve learned a great deal from that experience and certainly should have been more truthful about it after the fact. I’m extremely grateful that John Dorsey, Dee and Jimmy Haslam and the Cleveland Browns organization are granting me the opportunity to earn their trust and represent their organization in the best way possible on and off the field.

“I am committed to following the necessary steps to learn and to be a better and healthier person from this situation. I also understand the expectations that the Browns have clearly laid out and that I have to earn my way back to the NFL. I’m a work in progress as a person, but I’m committed to taking advantage of the support systems that I have in place to become the best and healthier version of myself.”

The Browns are coming off a tumultuous 7-8-1 season, which included a midseason coaching change as Hue Jackson was fired after going 1-31 in two seasons. Cleveland recently hired Freddie Kitchens as its new coach.