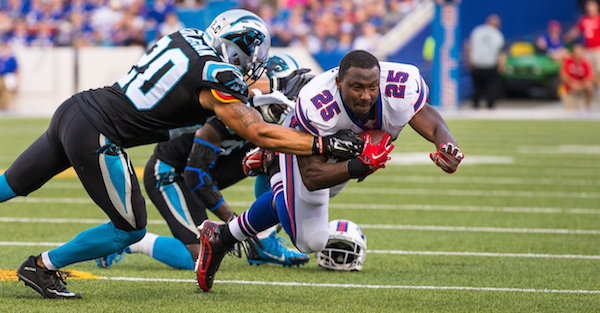 #Bills HC Rex Ryan: LeSean McCoy has a hamstring injury. The hamstring is in tact, not off the bone. We're getting an MRI on it

Buffalo RB LeSean McCoy strained his hamstring, per source; Bills not sure of severity yet.

Not a day after it was announced Buffalo Bills running back Karlos Williams would miss significant time due to an undisclosed injury, LeSean McCoy went down during the team’s practice Tuesday.

LeSean McCoy injured for the Bills. Sitting on field with trainees around. They cannot afford another RB injury.

We’ll continue to update this story as information is released.