After trading for Super Bowl champion, one team still doesn’t ‘have a plan yet’ for him 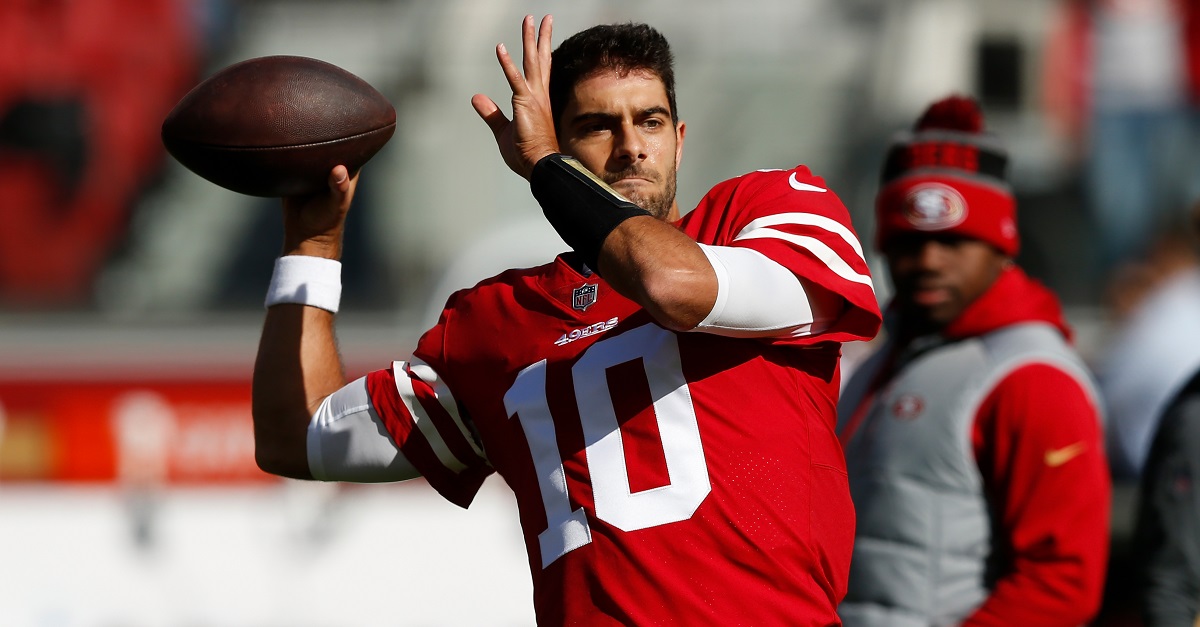 Back in September, the San Francisco 49ers stunned the football world by trading a 2018 second-round draft pick to the New England Patriots for quarterback Jimmy Garappolo. At the time, the Niners were lauded for trading “only” a second round pick for the much-hyped signal caller (even though, except for two career starts, has been a career backup.).

So, where’s Jimmy? When’s he going to play?

Not even San Francisco knows.

RELATED: Cleveland misses out on Jimmy Garappolo and blows a chance at getting a QB

?I don?t have a plan yet,” head coach Kyle Shanahan told the San Francisco Chronicle. “There?s no way anything you guys hear reported could be accurate, because I just told you guys our plan.?

There has been speculation that the 49ers would play Garappolo after the bye week and against Seattle on Nov. 26. But, as Shanahan said, “That’s not my plan.”

Niners rookie QB C.J. Beathard  had his best game Sunday against the Giants, going 19-for-25 on his passes for 288 yards, with two touchdowns and a passer rating of 123.4.

Now, Bethard was taken in the third round of the 2017 draft, but San Francisco wouldn’t have (would they?) gone out and gotten Garoppolo if he wasn’t their guy.