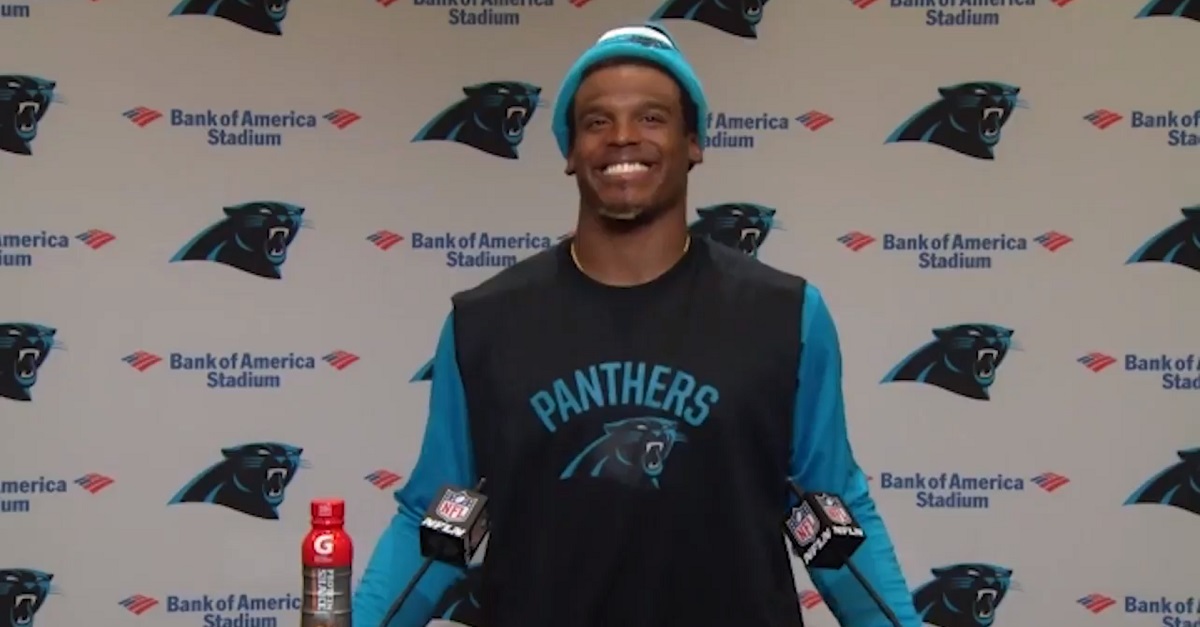 Former NFL MVP Cam Newton is in hot water for his recent comments to a reporter on Wednesday.

Jourdan Rodrigue, a reporter for the Charlotte Observer, asked Newton this question about receiver Devin Funchess and the increased physicality of his route running this year.

Newton’s response was… less than ideal.

Newton has yet to respond to the controversy surrounding his comments.