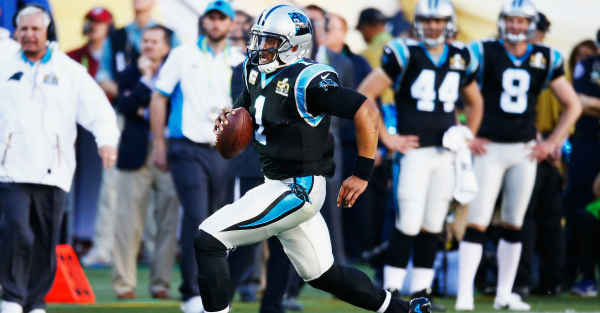 Carolina Panthers quarterback Cam Newton has been taking a lot of public relations flak because he walked out of the post-game press conference after Super Bowl 50. We found out later that he actually had a pretty good reason to leave as there was more going on behind him than people realized.

Newton is responding to all the fiery haters with this Instagram picture he posted that featured a shirt that said “I win my way” and him posing in front of a Muhammad Ali photo:

This season has been an incredible journey and I want to thank PANTHERNAT1ON and all of the fans that iNSP1RED us to great achievements. iAMnøtPERFËCT and I will make mistakes but I will continue to work on improving each day trying toPERFECTallMYimPERFECT1ON. Pursuing greatness is my commitment, and I will continue to be TRÜ to myself, to my FAM1LY and to making all of YOÜ who follow me PROUD! iW1LL W1N… MY WAY… and hope to iNSP1REüALLtoW1N…. ürWAY! -1OVE #dontBEaPUPPET #stayTRÜtoÜ

Just dab on ’em, Cam. You know the haters absolutely can’t stand when that happens.