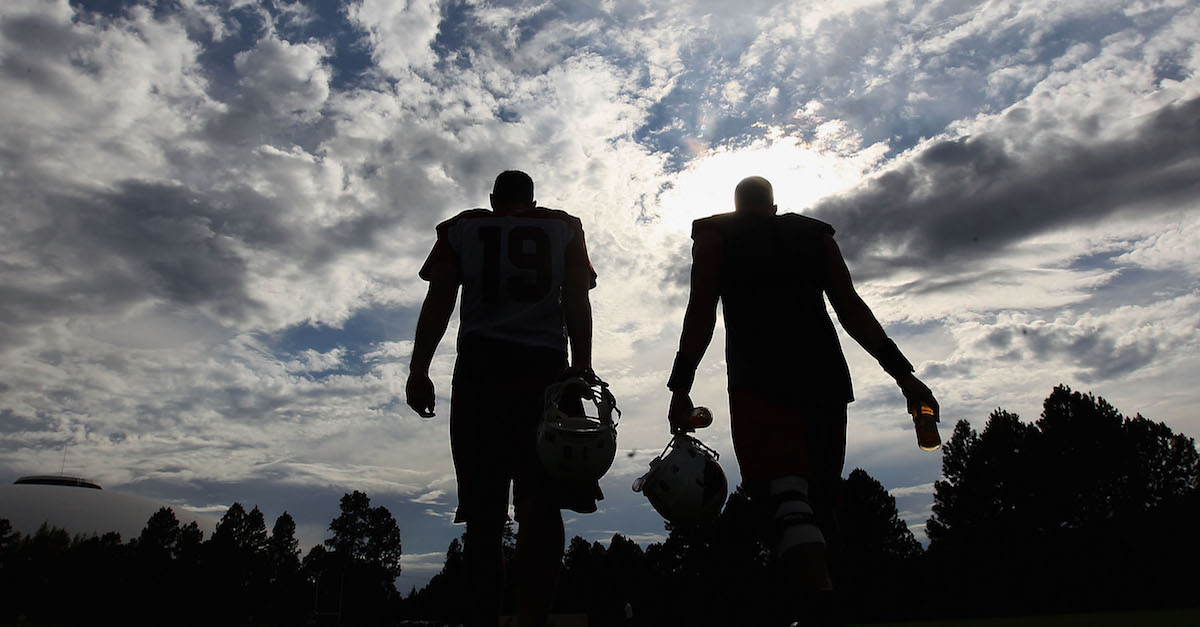 Christian Petersen/Getty Images
of the Arizona Cardinals practices in the team training camp at Northern Arizona University on July 30, 2011 in Flagstaff, Arizona.

The NFL has been in the cross-hairs of much debate when it comes to player safety. As a result, the league has significantly cut down on full-contact practice time when compared to decades ago but the league’s neighbor to the north has now executed a much more drastic play.

Dave Naylor of TSN brings word that the Canadian Football League (CFL) and its players association have agreed to legislate against full-contact padded practices. This rule essentially dictates that teams cannot be practicing in full within the confines of the season and it would reduce “the number of collisions players sustain over the course of a season.”

At the moment, the CFL allows for 17 full-contract practice days within the regular season. The change would, quite obviously, eliminate those instances and basically ensure that teams are only hitting and practicing in full during training camp and the lead up to the campaign itself.

This would be a sweeping step from the second largest professional football league in the world and it will be interesting to see if the NFL reacts as a result. Among other changes that the CFL and CFLPA will announce is that its regular season will be extended but, at the same time, the teams will play the same number of games and have three (!) bye weeks over the course of the schedule.

It seems aggressive to think that the NFL could look all the way in this direction but the CFL is certainly providing food for thought here.