Cardale Jones reportedly cried “tears of joy” after getting traded 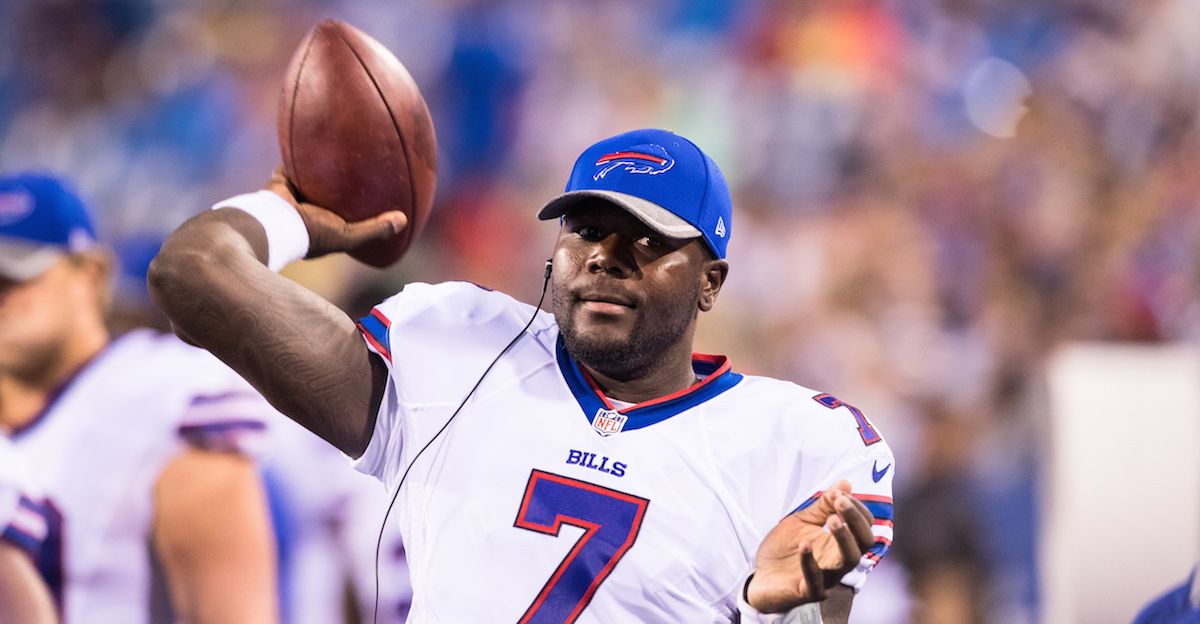 The Buffalo Bills traded backup quarterback Cardale Jones to the Los Angeles Chargers on Wednesday night, providing the former national champion with a fresh start early in his NFL career.

On Thursday, ESPN’s Adam Schefter told Mike and Mike that Jones, who enters his second NFL season, was “overjoyed” about the trade and the opportunity with the Chargers.

“When the Bills brought Cardale Jones in to tell him he was traded to the Chargers, he began crying,” Schefter said. “He began crying tears of joy.”

Despite his excitement, Jones was grateful for his time in Buffalo and expressed his gratitude on Twitter following news of the trade.

Jones was selected by the Bills in the fourth-round of the 2016 NFL Draft during the regime of former coach Rex Ryan. However, with new coach Sean McDermott taking Nathan Peterman in the fifth-round, Jones was limited to fewer reps during the spring.

In Los Angeles, Jones will be reunited with Anthony Lynn, who was the Bills’ offensive coordinator last season. The former Ohio State standout is expected to be the Chargers’ No. 2 quarterback behind former Pro Bowler Phillip Rivers.

“Cardale is a good, young talent, and he’s going to add competition behind Philip Rivers,” Lynn told the Chargers’ website. “He’s the type of quarterback you want waiting on the runway. He’s going to have the opportunity to come on the field and compete. Cardale is someone we think can be developed.”

Jones will also be reunited with former Ohio State teammates Joey Bosa and Joshua Perry, all of whom played on the 2014 national championship team.