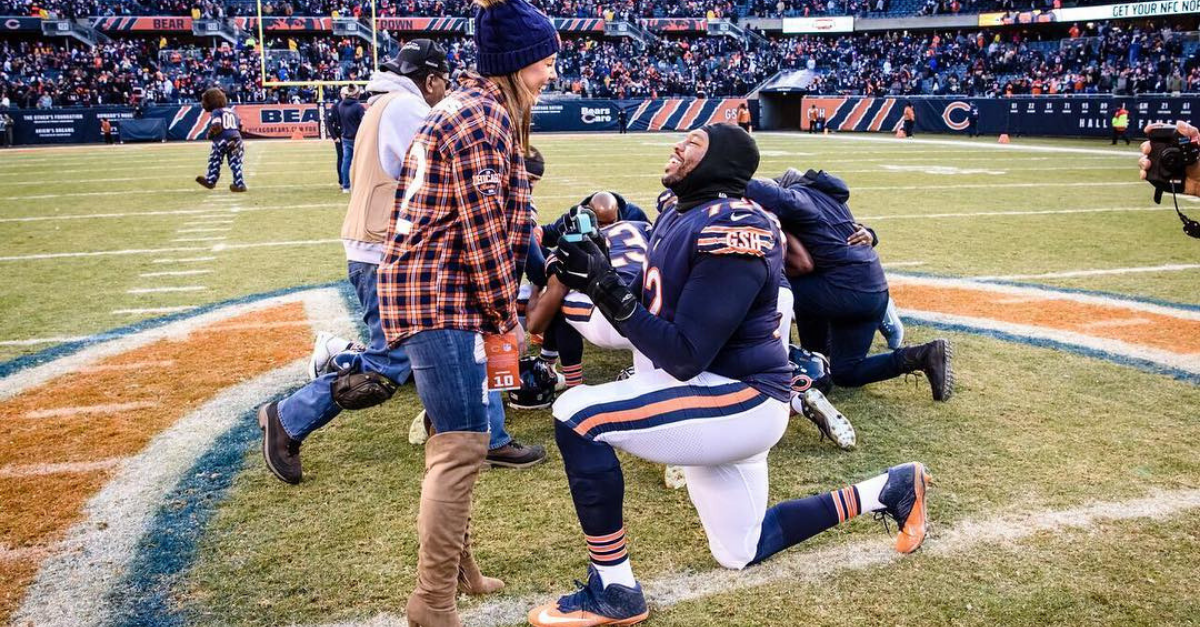 Engagements are meant to be the happiest time in a couple’s life, or at least they’re supposed to be.

After the Chicago Bears defeated the Green Bay Packers on December 16, Bears left tackle Charles Leno Jr., decided to propose to his girlfriend Jennifer Roth. It was very romantic proposal until some folks on Twitter uncovered a wide-range of old tweets in which Roth uses racial slurs and borderline racist language for which she has yet to apologize almost a week later.

Him : Will you marry me?
Her : Only if you , Beat the Pack & Win the North
Him : Done ✅ pic.twitter.com/hDW2LtYiSt

After the Bears clinched the NFC North with a win over Packers at Soldier Field, the former Boise State offensive lineman went to midfield and proposed to Roth. The fallout, though, soured a special day that saw the Bears clinch their first playoff appearance since 2010.

Apparently, Roth said some pretty ugly and racist comments a few years ago on Twitter, and those comments caught up to her in a big way.

I’ll never understand why Black professional athletes seem to love them some Black-fetishizing, white women with lowkey racist tendencies & think saying “nigga” is ok. Bc its really not, you’re a public figure & you tweeted like this. But if yall happy congrats I guess. pic.twitter.com/EfqDI9Ucif

RELATED: Kyler Murray’s Homophobic Tweets Prove Any Moment Can (And Will) Be Spoiled

The comments on her Twitter feed were six years ago, but that didn?t seem to matter to some Twitter users who think Leno is making a HUGE mistake by making Roth his wife.

Don?t get me wrong, Leno, who was named a Pro Bowl alternate a few days after the game, has ever right to marry whomever he wants, but the fact that Roth started using a private Twitter account and hasn?t apologize for what she said is troubling. This is the woman he is about to marry, and she has yet to make a statement explaining her words and her lack of action.

Then again, neither has Charles Leno Jr., which tells me he either doesn?t know or doesn?t care. My guess is the latter because he knows a side of her that the rest of us don?t. Maybe Leno hasn?t said anything because he wasn?t the one who made the comments, which I can also understand.

At the same time, however, he bears some of the responsibility in this situation and part of that is to tell his wife to be she owes the black community an apology for the things she said.

Listen, people make mistakes and should be given the chance to correct them, but the fact that neither one of them at this point is willing to do that says more about their character and who they are as people than any old tweet could possibly say.

READ MORE: The 5 Reasons Why Nick Saban Never Wins Any Coach of the Year Awards