Dallas Cowboys delivered yet another blow to porous defense 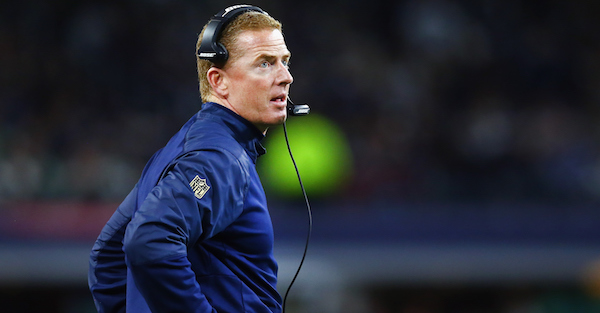 The Dallas Cowboys’ defense was torched by the Los Angeles Rams in a losing effort on Sunday, and they received more bad news following the game.

Defensive lineman Charles Tapper was spotted on crutches after the game, and it appears as if he will miss an extended period of time.

Cowboys DL Charles Tapper was on crutches in the locker room, not putting any weight on his right foot. Likely out for an extended period, which could free up roster spot for addition of DL David Irving.

Charles Tapper was in a walking boot, with a possible fractured of the fifth metatarsal in his right foot. He will be out a while

The Cowboys’ defense has been decimated by injuries already this year as players such as Sean Lee and Orlando Scandrick have suffered injuries.

Tapper, a fourth round pick out of Oklahoma in 2016, has one sack on the season.

"I don't mind going thru the struggle, it's just another one" -Gates#YouFightIllFightMom

The good news for the Cowboys is that defensive lineman David Irving is set to return after serving a four-game suspension for performance enhancing drugs. Irving should provide a boost for the defense, and they’ll need him as they take on the Green Bay Packers on Sunday.