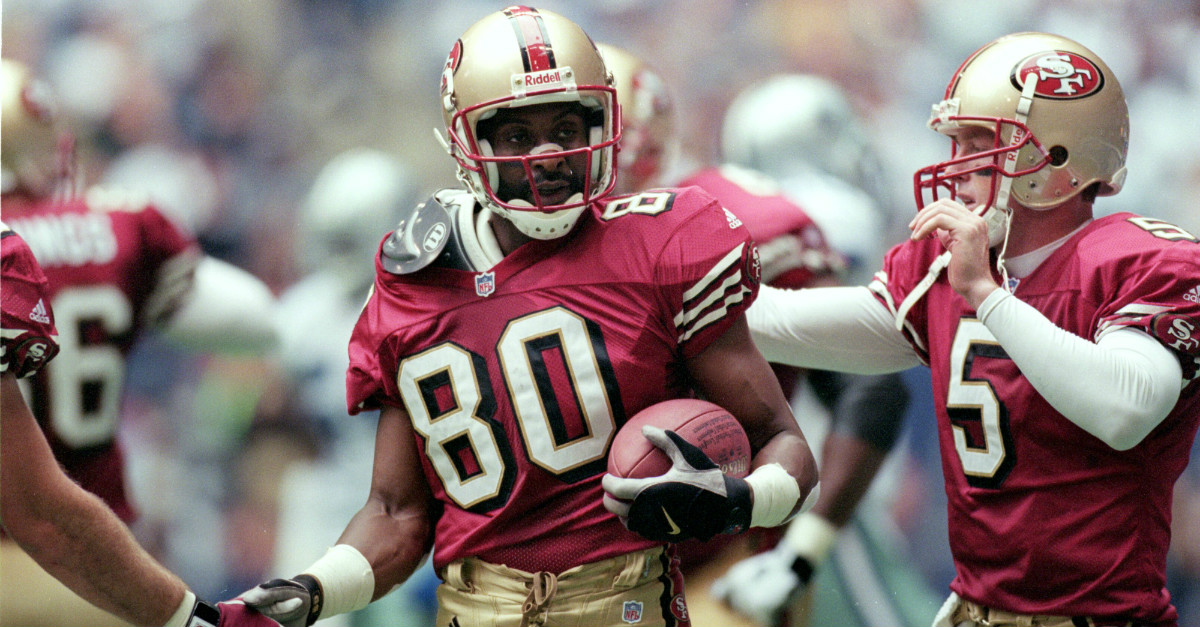 Jerry Rice was quick to give his opinion on DeflateGate and said the Patriots’ latest Super Bowl trophy should have an asterisk on it.

“I’m going to be point blank, I feel like it’s cheating,” Rice told Jim Rome on January 22 regarding the current controversy regarding whether the Patriots deflated footballs.  “Because you have an edge up on your opponent and it’s unfortunate that it happened.  I’m not saying the outcome of the game would have been different or anything like that because they got beat 45-7, but they still had an edge.”

Now, that statement is making Rice look like a giant hypocrite.

In an interview with ESPN on the evolution of gloves, Rice admitted to using a stickum, which is a substance that would make your gloves sticky and help make it easier to catch the ball. The problem with Rice admitting this is, stickum was banned in 1981. He began playing in 1985.

Rice took to Twitter to clarify his statement, but it only made him look worse.

I apologize ppl after doing my research about stickum! The NFL banned this in 1981. All players did it! #equalplayingfield

Making it seem like you using stickum isn’t a big deal because “everyone is doing it” doesn’t lessen the fact that you cheated. Rice used stickum to get a competitive advantage, which is what the Patriots did if they knowingly deflated footballs.

Using Rice’s same logic, maybe we should put an asterisk next to Rice’s numbers, too.