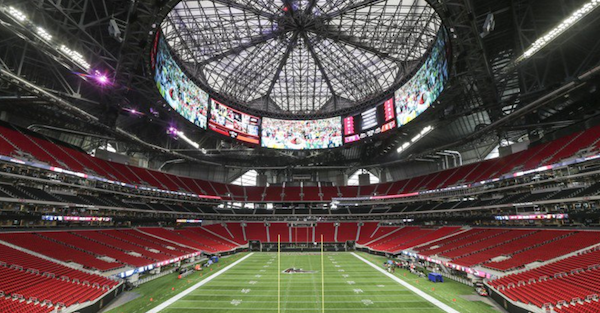 Mercedes-Benz Stadium will likely have plenty of events, but the new home of the Atlanta Falcons won’t have access to at least one restaurant on any Sunday for the entire season. That’s because Chick-Fil-A’s are closed on Sundays, and they still decided to put one in the stadium:

Zaxby's now the official chicken of the Falcons. That doesn't mean Chick Fil-A isn't in the new stadium. It is closed on Sundays, however. pic.twitter.com/TfCIa3rz5T

When asked why they’d do this, Rovell responded, “Marketing. Makes you crave it.”

me trying to get chick-fil-a on a sunday https://t.co/j4P4fhslpF

Luckily for soccer fans on Saturdays or really any event at the new stadium other than on Sundays, they’ll be able to get all the sweet, delicious Chick-Fil-A they desire.