Chip Kelly reportedly met with the 49ers on Thursday 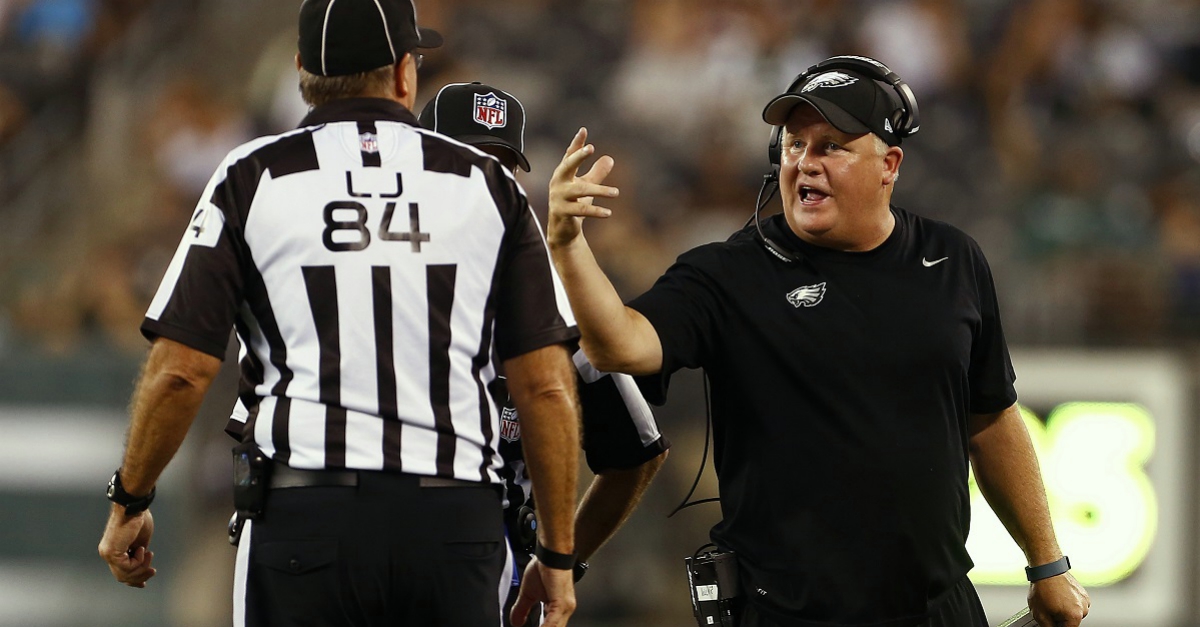 It was reportedly that former Oregon and Philadelphia Eagles head coach Chip Kelly had met with Alabama officials early this week, with the context of the meeting being unknown. However, another meeting that Kelly took on Thursday has known context; Kelly reportedly met with the San Francisco 49ers on Thursday to discuss their head coaching vacancy.

This all comes after San Francisco fired head coach Jim Tomsula after just one year. Tomsula had taken over the team after they parted ways with former head coach Jim Harbaugh.

Whoever the 49ers hire, they better hope that person can clean up the mess that has existed in San Francisco ever since the team’s falling out with Harbaugh.