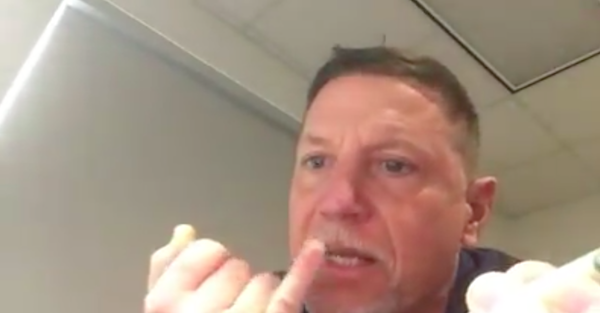 The Miami Dolphins are going to have some serious questions to answer this week as a video surfaced of offensive line coach Chris Foerster allegedly using drugs.

It’s hard to say for sure what is being snorted here, but if you’ve ever seen “Scarface” you know that using any denomination of dollar bills to snort things does not end well.

The team is aware of the video and it sounds like they were definitely caught off guard:

#Dolphins, on a NSFW online video featuring OL coach Chris Foerster: "We were just made aware of the video & have no comment at this time.”

The woman who posted the video was apparently dating the coach and allegedly he threatened her life while they were dating, according to comments on her Facebook page. She claims that “everyday he gets high” and she said that “maybe they will put his ass in rehab.”