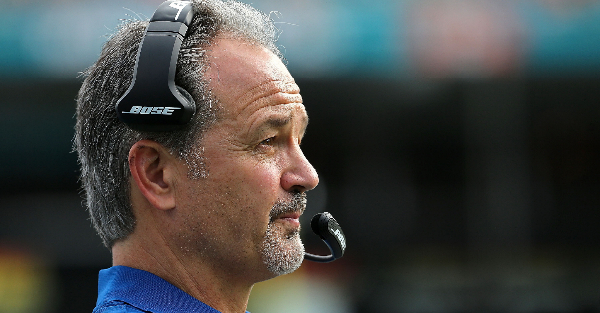 Chuck Pagano has been fired after six seasons with the Indianapolis Colts.

Breaking: I’ve just learned that Chuck Pagano has been released of his duties as #Colts Coach.

Pagano opened the first three years of his career with 11-win seasons before back-to-back 8-win seasons.

This year has been his worst of his career, with quarterback Andrew Luck out for the year and his team never really able to gain any momentum.

Pagano is 3-3 as a head coach in the playoffs.