Clay Travis, the most despicable analyst in football, called out a draftee for paying tribute to his dead grandmother 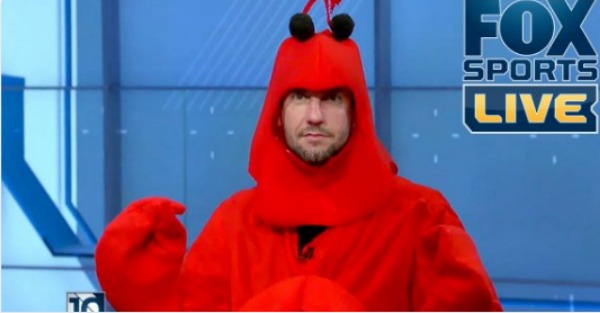 Fans of the Atlanta Falcons have a new favorite player, as former UCLA pass rusher Takkarist McKinley put on a show after being drafted in the first round of the 2017 NFL Draft. His reaction included a now-famous “f-bomb” but, more than that, McKinley paid tribute to his departed grandmother by carrying around her picture during the process.

With that said, Clay Travis of FOX Sports seemingly took exception to what McKinley did and he took to Twitter to unleash some venom about the subject.

Hope this shows you the devil is alive and well.. to straight disrespect someone dead grandmother and think it's funny is crazy to me. pic.twitter.com/KyD29ILQHi

As you can see above, McKinley indicated that “the devil is alive and well” and took big-time exception to what Travis was saying about his “dead grandmother” after the fact. In typical Travis fashion, he couldn’t just let it ride.

I love grandmas more than you. Sincerely, the devil. https://t.co/PK9iNrJdS0

This is bad on a number of levels but also somewhat par for the course from Travis. Aside from having bad actual sports takes, Travis has toed the line with regard to both racism and misogyny during his time on the air for Fox Sports and it isn’t exactly a shock to see him being the one embroiled in this mess.

Good for Takkarist McKinley for clapping back in this spot and it is easy to see why he was revved up as a result of what transpired.