The Browns have finally made their decision on Brock Osweiler 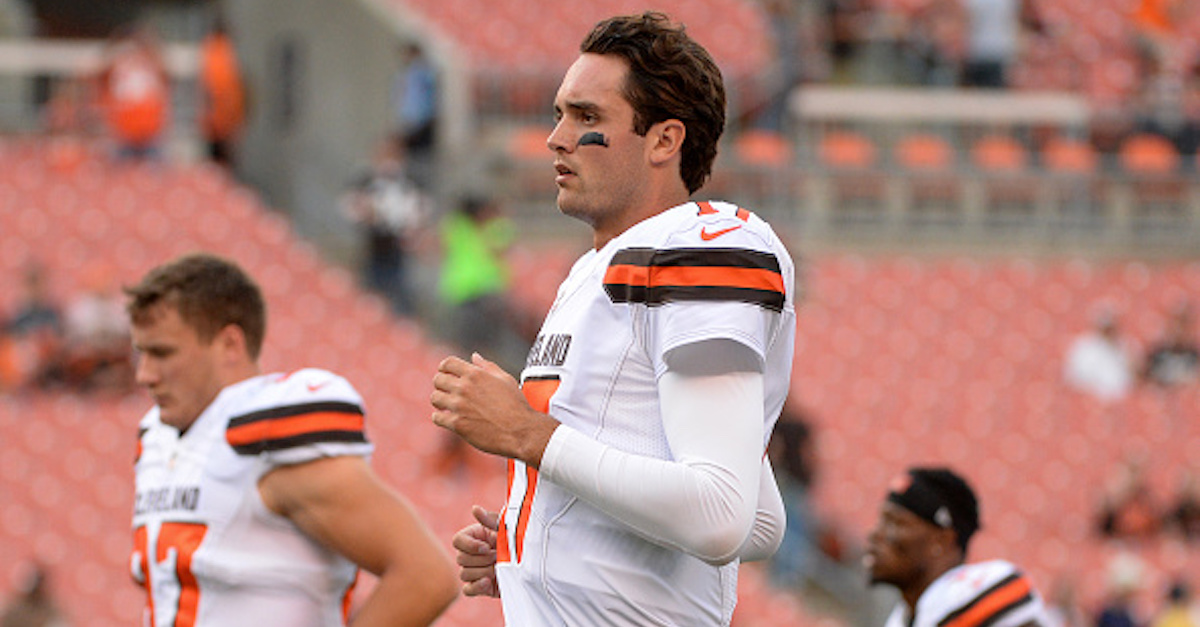 It was long speculated and now it’s finally official — the Brock Osweiler era is over in Cleveland before it ever began.

The Browns released Osweiler on Friday as first reported by Zack Jackson of The Athletic.

The Browns have released Brock Osweiler.

Osweiler was acquired by Cleveland via trade in March in exchange for a 2017 compensatory pick following a disappointing season with the Houston Texans. After signing a four-year, $72 million contract, the former Arizona State standout threw for 2,957 yards, 15 touchdowns and 16 interceptions before being traded this offseason.

Osweiler looked to have a career renaissance in Cleveland, but quickly fell behind second-round draft pick DeShone Kizer on the depth chart. Kizer consistently out-played Osweiler throughout the preseason and was officially named the Browns’ opening day starter last Sunday

“This is not just for the moment,” head coach Hue Jackson said on a conference call to officially announce Kizer as his starter. “We’re going to get with DeShone, (and) ride with him through it all.”

Kizer will serve as the 27th starting quarterback for the Browns since the franchise re-entered the NFL in 1999.