Cleveland Browns rookie QB was looking for safety, and he sure found it — twice 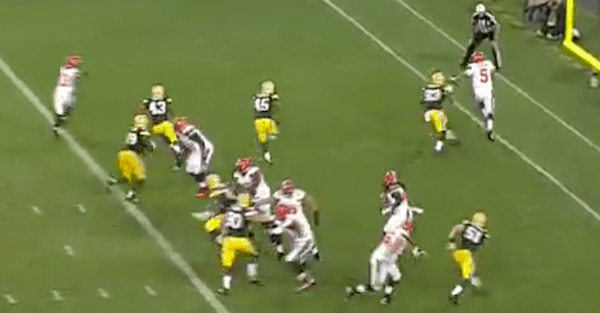 Cody Kessler, the Cleveland Browns third-round pick out of USC, had a pretty mixed debut in his first preseason game.

While he completed a touchdown strike on his first pass, he also took two safeties. The first came when he rolled out right, and directly out of the end zone:

And the next came a few minutes later, on a sack in his own end zone:

He should fit just right in Cleveland.