Cleveland Browns may be making a horrific mistake, and it has nothing to do with their personnel 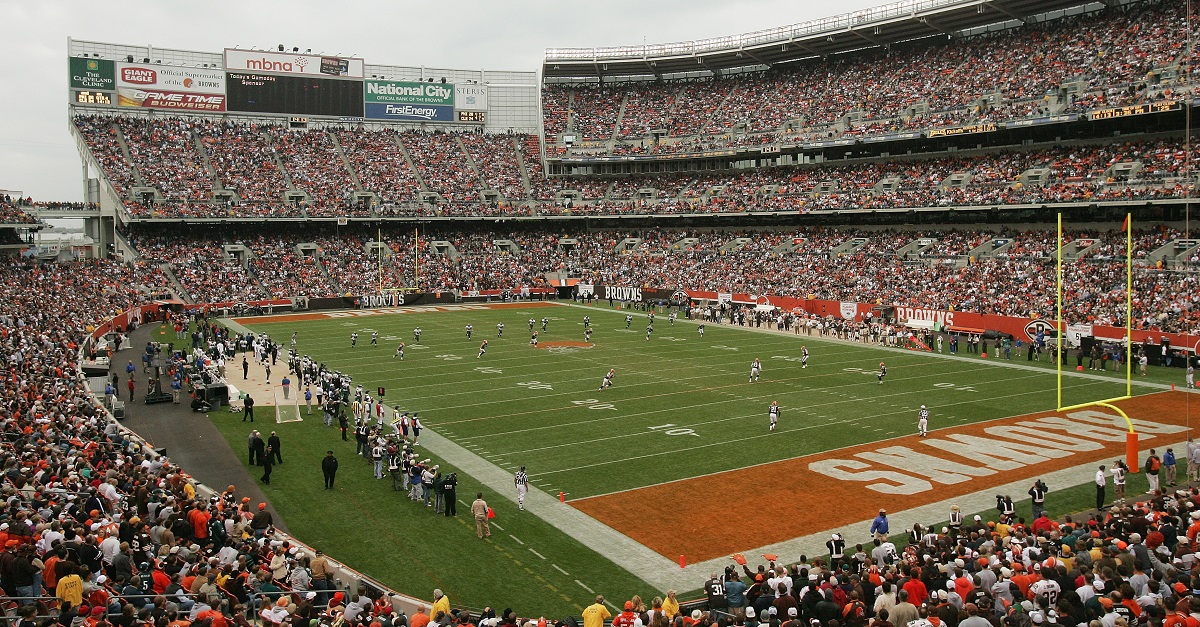 There’s a potential that the Cleveland Browns’ city-built home, FirstEnergy Stadium, was built using aluminum panels that may have helped spread a fire that killed at least 80 people in a London apartment building fire in June.

Juliet Linderman, Jason Dearen and Jeff Martin of the Associated Press are reporting that promotional brochures from a company named Arconic, which built Cleveland’s stadium, boast of the stunning effect the aluminum panels create for the Browns’ stadium. The panels may be made from Reynobond composite material and feature a polyethylene core, and if so, they are currently under investigation by authorities in Britain for perhaps speeding up the fire at the Grenfell Tower apartment building.

According to the report, whether or not the list of structures built in the United States by this company were wrapped with Reynobound PE is up in the air, because building records have been disregarded and people involved in the building of the structures — owners, operators, contractors or even the architects — wouldn’t confirm whether or not the material was used.

The AP Report cited fire protection engineer Douglas Evans, who had this to say about the lack of communication regarding the potential fire hazards.

“If the materials used on a building appear similar to a known hazard, people need to know that,” said Evans, a fire protection engineer from Las Vegas, who has been studying fires on the exterior facades of buildings for nearly 25 years. “Anybody who is inside of these buildings has a right to know.”

Cleveland’s FirstEnergy Stadium is far from the only place that may be wrapped in this potentially dangerous paneling, but it’s obviously a very high profile case considering how many people it holds and the fact that in general, stadiums are logistics nightmares for firefighters and first responders.

Considering the damage and the loss of life from the fire in London — at least 39 were killed, and that number is expected to rise — one would think that this would be a big deal for the city of Cleveland, or at the very least a problem that needs to be addressed right away. Daniel Williams, a spokesman for Cleveland mayor Frank Jackson would not say whether or not the stadium was built with the Reynobound PE, though, according to the report.

All related questions “will need to wait until after the investigators finish their report on the fire in London,” he said.

With football season quickly approaching and the safety of thousands of fans potentially threatened, one has to wonder how long it will take the city of Cleveland to push for answers regarding its stadium, and whether or not the NFL will ultimately get involved considering the stake it has in the Browns — both from a PR and a financial standpoint.