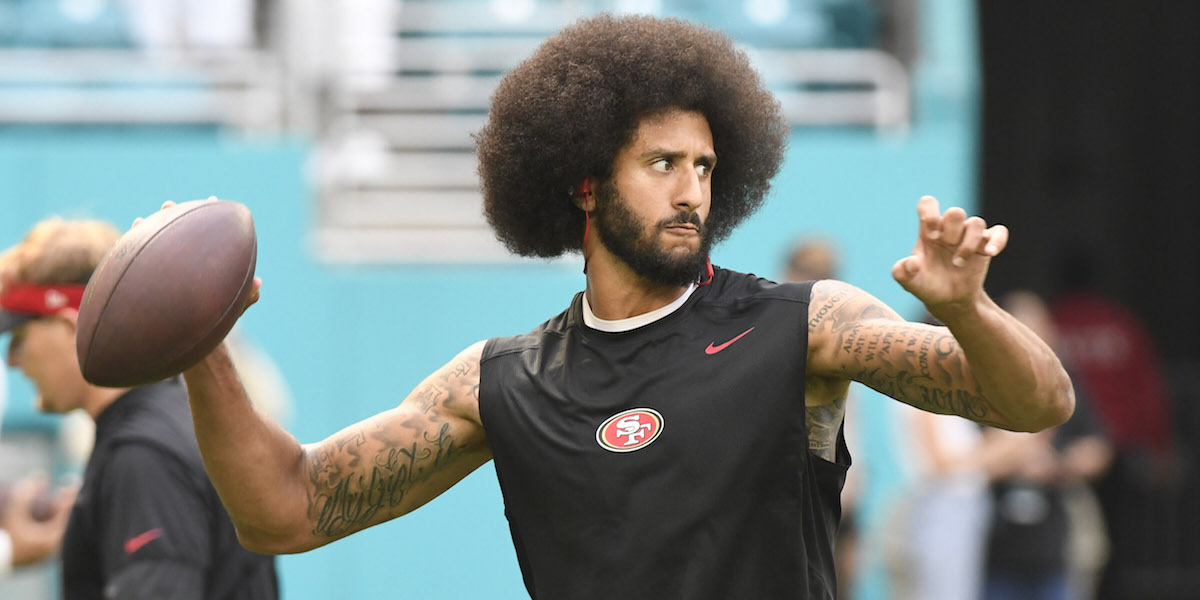 Aaron, in an interview published Wednesday by AllThatTV, said he believes Kaepernick is “getting a raw deal” and called on NFL teams to give the polarizing quarterback “a chance to do his thing.”

“[Kaepernick] has gone to all these camps, I suppose, and nobody seems to think he stands a chance to be a No. 1 [quarterback],” Aaron told interviewer Roland S. Martin. “Here’s a man, a young player, that almost carried a team to a championship, to a Super Bowl. I think somebody needs to give this man a chance.”

The NAACP also told ESPN on Wednesday that it is seeking a meeting with Roger Goodell to discuss the quarterback, penning a letter to the NFL commissioner claiming that it is “no sheer coincidence” that Kaepernick remains unsigned following his protest of social injustice last season.

Derrick Johnson, the NAACP’s interim president and CEO, added “no player should be victimized and discriminated against because of his exercise of free speech.”

Several other players have already echoed Kaepernick?s protest early in preseason. On Monday, nearly a dozen players from the Cleveland Browns went to their knee during the national anthem, including tight end Seth DeValve, the first white player to kneel during the anthem since Kaepernick?s initial protest.