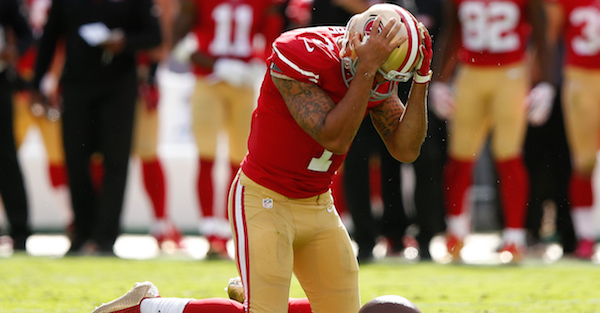 NFL owners and the NFL Players Association met in New York on Tuesday for a regularly scheduled meeting with the topic of the national anthem protests in mind. Knowing this, many players were expecting one important free agent to be invited in Colin Kaepernick considering he was the person who got it all started. However, it was made clear that he was not invited, according to his attorney.

Official Geragos & Geragos statement, spelling out that the NFL did not invite Colin Kaepernick to attend today’s meetings: pic.twitter.com/ecSPzWag84

That apparently didn’t sit well with players that were invited to the meetings:

There was some real anger and dismay among players that Colin Kaepernick was not formally asked to be at meetings today, I'm told…

Seahawks cornerback Richard Sherman made his displeasure pretty clear and told ESPN’s Brady Henderson, “You’ve heard every excuse in the book for why he doesn’t have a job, but you see what it is. They’ve agreed not to give him a job.”

Kaepernick has filed a grievance against the NFL alleging that there has been collusion in not signing him. A case can certainly be made that there’s a concerted effort to not sign Kaepernick to some team as there are several backups and even starting QBs in the league who are not better than him, but to prove actual collusion is going to be pretty tough.