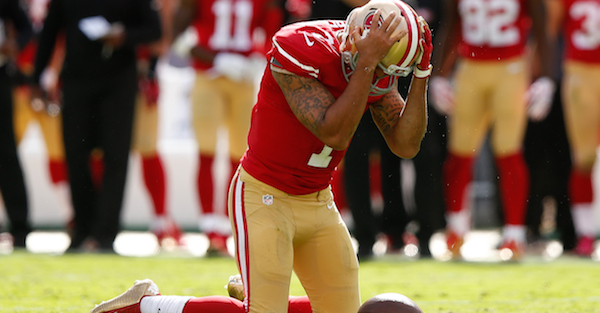 There had been reports that former San Francisco 49ers quarterback Colin Kaepernick and the Seattle Seahawks were in talks to strike a deal. However, no deal has been made and it would seem that there is only one issue keeping the two parties from coming to an accord.

They're apart on money. The Seahawks are the only ones who brought him in and are now talking him up. I can't muster much ire toward them. https://t.co/kNE28TCud2

RELATED: Colin Kaepernick could be close to finally signing with a team

While Kaepernick seems to have accepted his role as a backup QB now, it would also seem that he believes himself to be a rather expensive one. While he did lead a team to the Super Bowl, he was helped a great deal by a fantastic defense and really hasn’t been the same since.