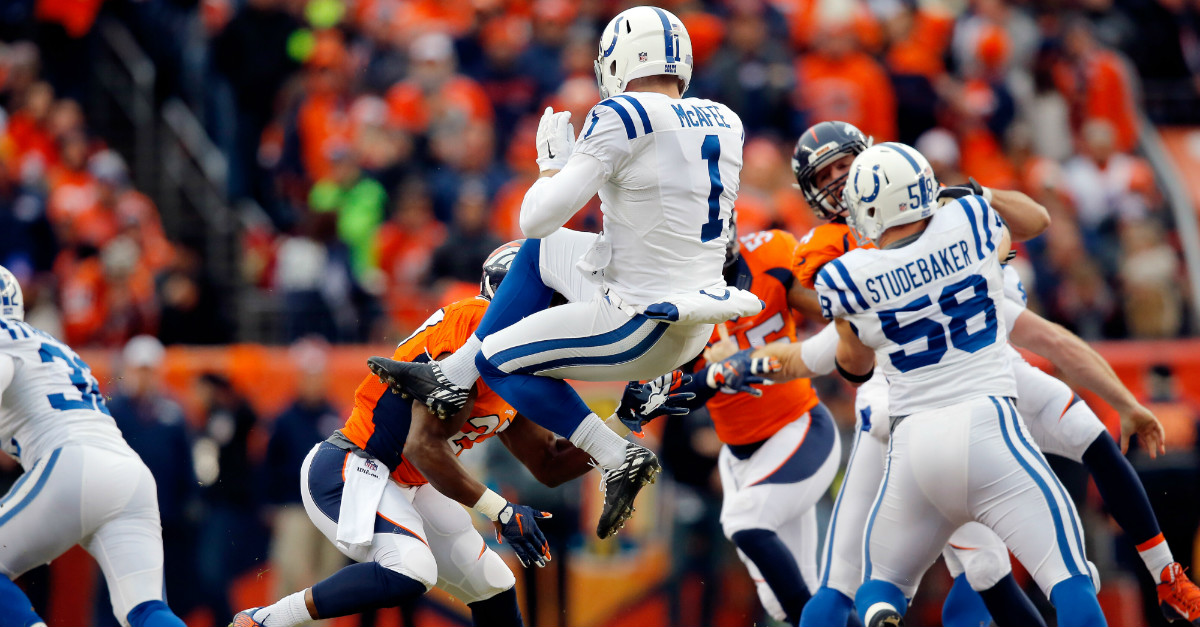 Not one ESPN analyst on Sunday NFL Countdown thought that the Colts would beat the Broncos in the AFC Divisional playoff round. Little did anyone know, but Peyton Manning was playing with a torn quad, which affected his play greatly.

Well, after the 24-13 upset over the Broncos, Colts punter Pat McAfee called out the ESPN analysts on Twitter. Here’s what he posted:

It is pretty surprising that no analyst picked Indianapolis to win, considering the struggles with Denver down the stretch of the season. I can understand if the analysts unanimously choose New England to beat Indy this weekend, but not a single one choosing the Colts is pretty wrong.