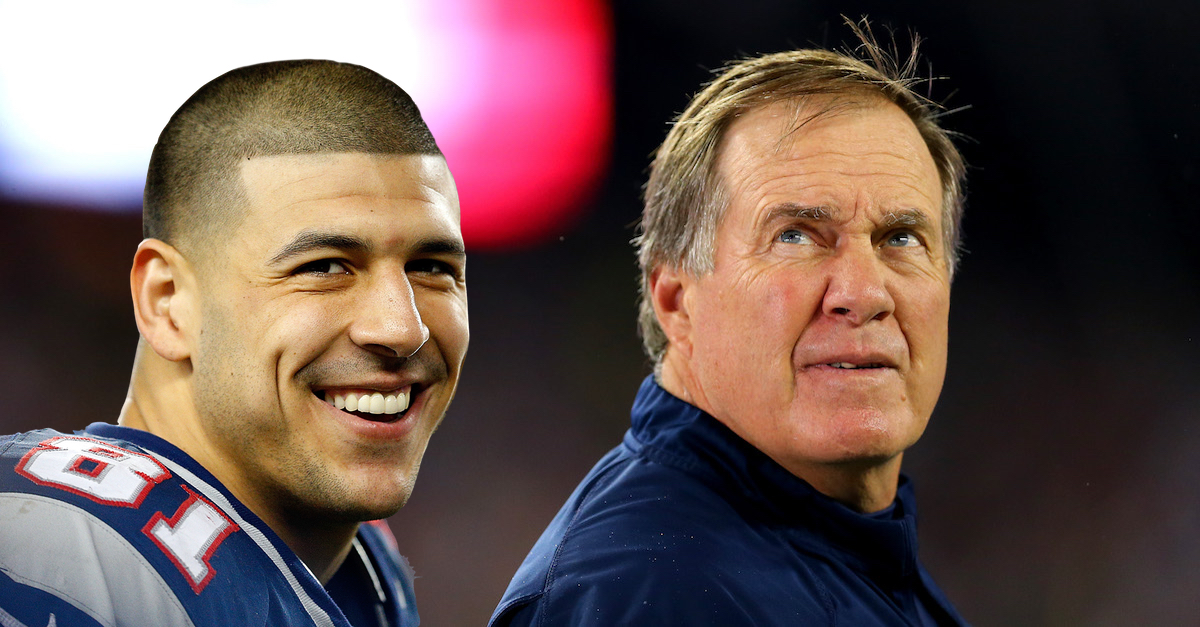 The New England Patriots are back in the Super Bowl and, because that is a story that could be described as “old news” given the frequency of the franchise’s deep playoff runs, story ideas can be a challenge. To that end, Bob Brookover of the Philadelphia Inquirer released a column this week entitled “Maybe it’s no coincidence that Aaron Hernandez tragedy happened to Patriots” and the reactions were swift.

In short, the column paints the picture that the Patriots put winning before everything else and that contributed to the Hernandez situation before he was convicted of murder.

“That?s fine and that?s fair. The applause is well deserved even if suspicions remain that their success has not always been on the up and up. In addition to being adept at winning games and championships, the Patriots are also great at avoiding the things they want swept out of sight.
Spygate and Deflategate fall into those categories, but the one subject they want to skirt more than any other is the violent and tragic career of the late Aaron Hernandez. Perhaps that?s because Hernandez?s draft selection, despite bright red flags everywhere, is a reflection of how winning means everything to the Patriots and no cost is too high.”

In fact, the column points to the attitude of the organization and invokes Bill Belichick in decrying New England not knowing “something so awful would ever happen” with Hernandez.

“The shame of the matter is that the Patriots, and specifically Bill Belichick, acted as if they could not possibly know something so awful would ever happen despite the fact that Hernandez had a troubled past at the University of Florida and in his hometown of Bristol, Conn.”

It is perfectly reasonable to point out that, yes, there were off-field and personality questions about Hernandez. Still, the notion that anyone in the Patriots organization would have known or predicted something as serious as murder would be wild to consider and the revisionism is staggering.
New England can and should be criticized for some things and perhaps a single-minded focus on winning is one of them. Still, it takes a long bridge to get from that to organizational responsibility for Hernandez and that’s a tough one to build.