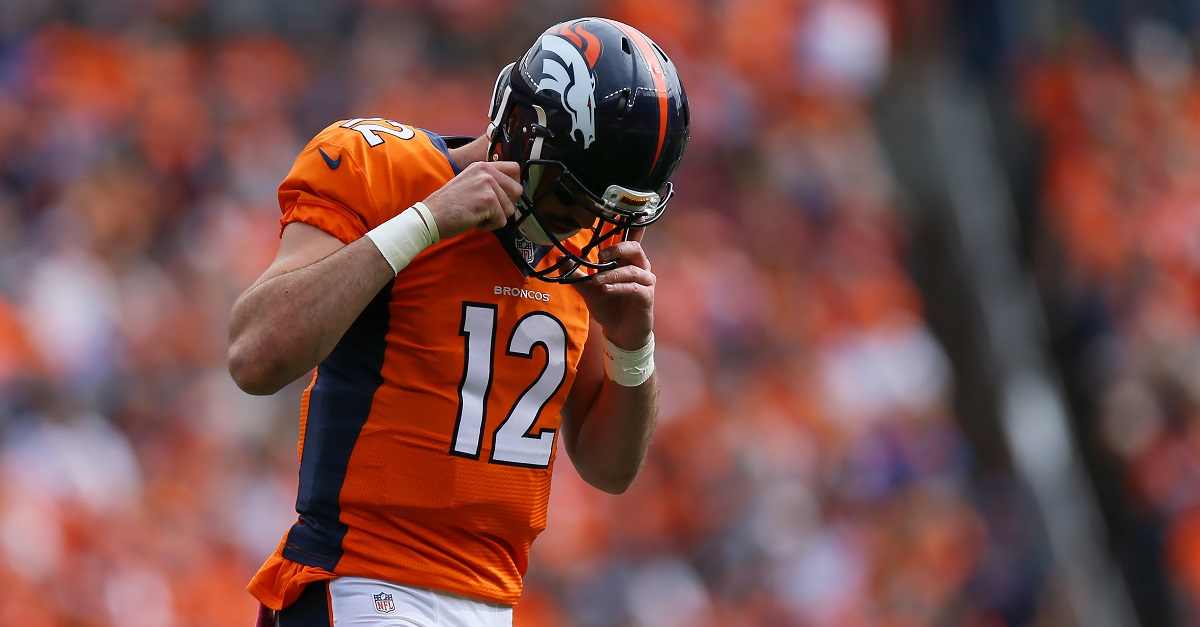 The Denver Broncos have a serious quarterback problem as they have Trevor Siemian and Paxton Lynch vying for the starting job, but neither really seems like they’re up to the task. Siemian was the starter for most of the year, but Lynch was given a shot at the end of the year to hopefully show he was ready to lead the team.

RELATED: Broncos players are already talking up their ideal solution at QB

In the two games he started, Lynch completed 59 percent of his passes with two touchdowns and an interception along with 497 passing yards. However, the issues apparently aren’t the production on the field, but what goes on behind the scenes according to Bryan Broaddus of the Dallas Cowboys official site. He discussed the lack of buy in from Lynch in his first year on the Shan and RJ Show. Here’s what he said via the Dallas Morning News:

“I talked to some guys in Denver. They’re having a problem with Paxton Lynch right now because they can’t get him to buy into the things like Dak Prescott bought in, where early in late out, that kind of thing.”

How someone with the Cowboys might know information like that is pretty baffling and so he got called out on it by a couple different outlets. Mike Klis of 9News called the claim “inappropriate and false.” Benjamin Allbright from 104.7 FM in Denver wasn’t too keen on the claim either:

Idea that Paxton Lynch's work ethic would be questioned was met w/ uproarious laughter & a "fake news" on a call w/ someone who would know.

Lynch was taken in the first round of last year’s NFL Draft, but did not beat out Siemian in training camp. That might worry some people, but with another year of tutelage in Denver’s system he should be alright.