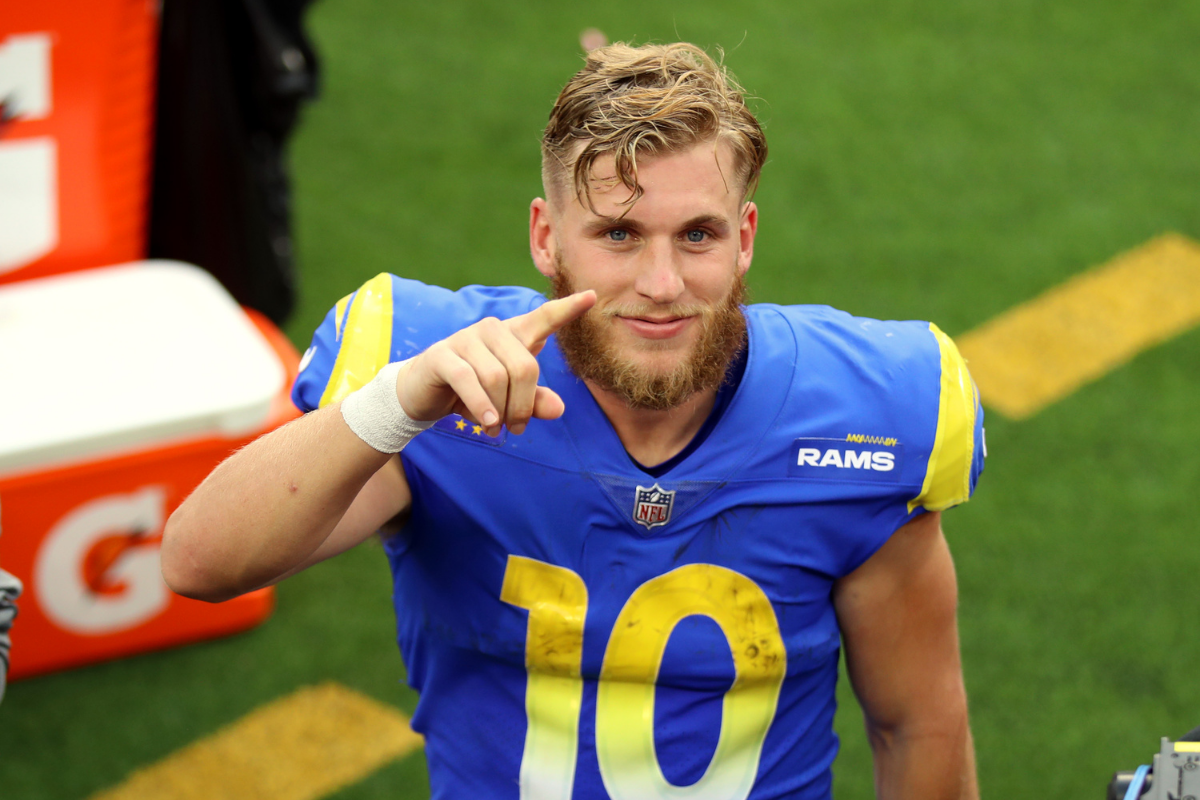 Can Cooper Kupp continue to vault himself from nice possession receiver to a place next to the likes of, dare we say, Jerry Rice?

In the world of hot takes, this one qualifies as something akin to the surface of Mercury. It is almost laughably absurd to compare the totality of Kupp’s career to this point as being anything close to the greatest receiver in the history of the game or even any of the 32 wide receivers who have entered the Pro Football Hall of Fame.

Except for two things: First, the stats and accomplishments are pretty staggering this year. Second, based on the eye test, it appears to be a real change.

The Super Bowl on Sunday is a fascinating exercise in understanding the stunning improvement of Kupp, but also of understanding the importance of wide receivers in this era. In other words, the great changes to the game that took off under Rice are fully represented by the matchup of the Los Angeles Rams and Cincinnati Bengals. Kupp’s spectacular season has helped lead the Rams back to the Super Bowl for the second time in four years. The Rams might already have a title if Kupp had been healthy for the first appearance against New England.

Likewise, the additions of Ja’Marr Chase for the Bengals has turned the Bengals from an interesting team on the rise to the precipice of history. Cincinnati could win its first Super Bowl in its 54-year existence.

Kupp also has a chance to put himself in the history books. In this case alongside Rice and fellow Pro Football Hall of Famer Drew Pearson. Kupp could become only the third receiver in league history to lead the league in receiving yards and then help his team win a Super Bowl. Rice did that twice (1989 and 1994). Pearson did it with Dallas in 1977.

It would be the culmination of a breakthrough season for Kupp, who also became only the fourth receiver in league history to win the NFL receiving Triple Crown by leading in catches (145), receiving yards (1,947) and touchdown catches (16) since the 1970 merger. Only Rice (1990), Sterling Sharpe (1992) and Steve Smith (2005) had done that before.

That performance fueled talk about Kupp being named the NFL Most Valuable Player, which no wide receiver has ever won. Kupp continued to support that view with three monster performances in the playoffs. In three games, Kupp has 25 catches for 386 yards and four touchdowns. That includes a critical game-changing deep catch against Tampa Bay in the fourth quarter.

What Makes Cooper Kupp So Good?

That performance against the defending champions conjured up an image for Tampa Bay defensive coordinator Todd Bowles. The great receiver Randy Moss was an expert at changing speeds on his routes to catch defenders off-balance.

Bowles, a former defensive back said of Kupp: “He lulls you to sleep with delayed routes and changes his speed up.”

Pretty amazing for a guy who was viewed primarily as a possession receiver and had topped 1,000 yards and 10 touchdowns only once in his career. Kupp’s breakout has been a culmination of factors that took longer to develop and was delayed by missing half of a season with a knee injury.

Still, people who have watched him this season see the burgeoning talent that has elevated him to a path that could end in Canton, Ohio. Indianapolis coach Frank Reich said he could see it starting in Week 2 this season, when Kupp went off for nine catches, 163 yards and two scores in a road win over the Colts.

Other coaches and players around the league have talked about Kupp’s improved strength as a runner, which showed up as he led the league in yards after the catch. Kupp was able to run through tackles more effectively this season.

What also helped is that Stafford has been able to get the ball to Kupp in better situations than previous Rams quarterback Jared Goff.

“Goff obviously threw to Kupp a lot, but it was different. Goff didn’t set Kupp up as the primary guy. He also didn’t get the ball to Kupp earlier in the route where he could use his run-after-the-catch ability. A lot of the stuff you’re seeing this year with Kupp is him just getting better, but it’s also because Stafford makes it possible,” an NFC defensive coordinator said.

Stafford and Kupp spent much of the offseason working out together, learning the nuances of each other’s ability. Beyond that, Stafford’s vast experience and willingness to throw almost any pass at anytime opened the world to Kupp’s larger-scale thinking.

“Coop’s a big-picture thinker,” Cincinnati head coach Zac Taylor, a former Rams assistant, said. “He really understands the structure of the defenses, the nuances of the route running. He cares about the run game as well. There’s oftentimes he would screenshot pictures of defenses with run thoughts. You would wake up the next morning to a midnight text from Cooper Kupp with thoughts on things that could help the offense.”

In many ways, that’s not so different than Rice, who took great pride in the run game. Rice also understood how the running game ultimately helped him see more single coverage and how his blocking made defenders fear him rather than them expecting to be feared.

Regardless of how it has happened, Kupp has taken this jump to a level few expected even at a time when receivers are more valued than ever. Over the past 15 years, 14 wide receivers have been elected to the Hall of Fame. Over the first 44 years of the Hall’s existence, only 18 receivers were elected.

While Kupp has a long way to go before he or anyone else can consider Canton a destination, this season is the type that can at least make some ponder whether to open Google Maps. On Sunday, some might be tempted to his the “Start” button.