Could this QB battle turn into the next Peyton Manning-Tom Brady rivalry? 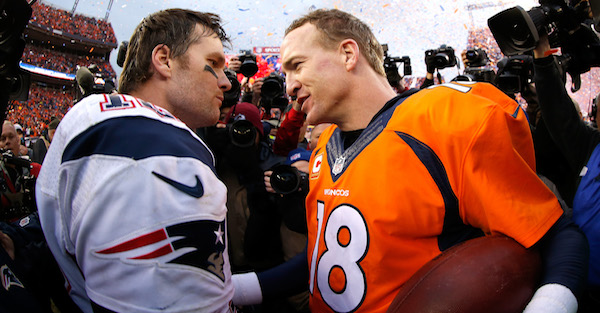 There’s a long way to go before Dak Prescott vs. Carson Wentz becomes the next Tom Brady-Peyton Manning quarterback rivalry.

The duo is also among the league’s most efficient passers. Prescott currently has the highest passer rating of any rookie in league history with at least six starts, and Wentz’s 92.7 rating currently ranks him sixth all-time behind Dan Marino.

Still, it’s a bit early to compare the two intrepid freshman to arguably the two best quarterbacks to ever play the game. But just ahead of their first-ever meeting Sunday, it couldn’t be more appropriate to at least pretend we’re witnessing the beginnings of the next great quarterback rivalry.