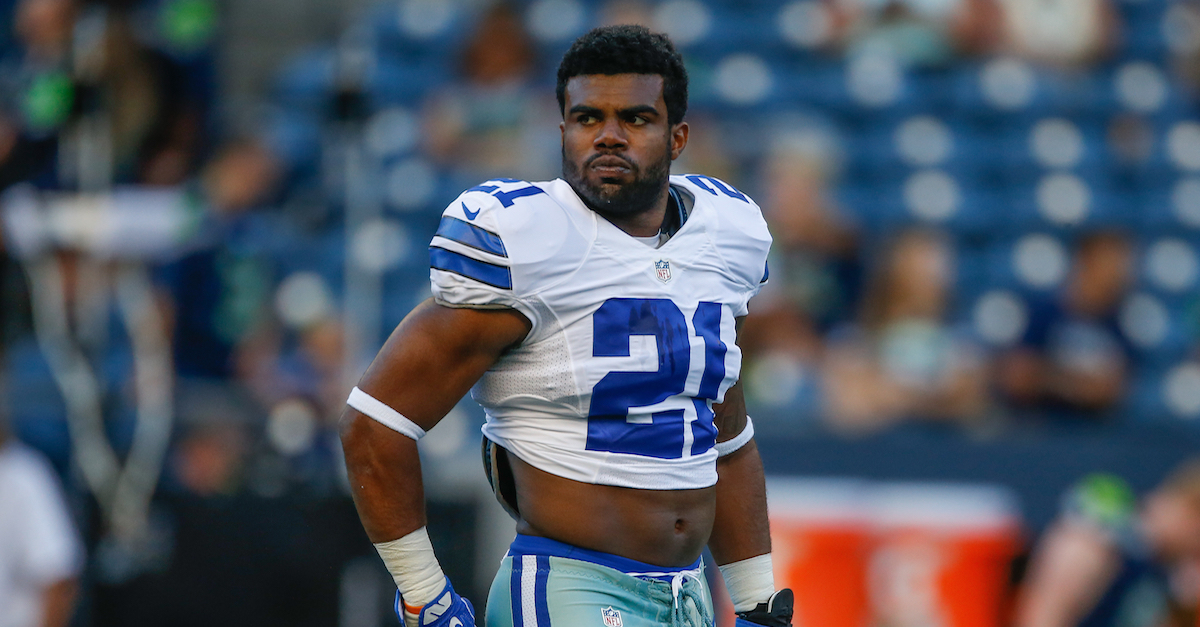 Otto Greule Jr. /Getty Images
SEATTLE, WA - AUGUST 25: Running back Ezekiel Elliott #21 of the Dallas Cowboys looks on prior to the preseason game against the Seattle Seahawks at CenturyLink Field on August 25, 2016 in Seattle, Washington. (Photo by Otto Greule Jr/Getty Images)

The absence of Pro Bowl running back Ezekiel Elliott looms over everything with the Dallas Cowboys and it is easy to see why. While there is plenty of hype surrounding quarterback Dak Prescott, it is easy to argue that Elliott is the most explosive and dynamic player on the Cowboys offense and, without him, Dallas presents less of a challenge to opposing defenses. Still, the Cowboys do have a tremendous offensive line when things are rolling and that lends some optimism that running backs other than Elliott could produce in a big way during his six-game suspension.

To that end, there is plenty of speculation as to who will get the majority of the work for Dallas in the backfield and, on Thursday, word broke that veteran Alfred Morris will reportedly get the first snap as the starter at the position.

A source informed of the decision tells me Alfred Morris will start Sunday for the Cowboys at running back.

And that has been confirmed by offensive coordinator Scott Linehan:

Cowboys OC Scott Linehan said Alfred Morris will get first crack at RB in replacing Ezekiel Elliott but all three backs will get their chances.

Morris getting the start does not necessarily mean that he will get the vast majority of the work, especially with a more explosive player in Darren McFadden looming. However, Morris has been the primary backup all season long (with McFadden inactive) and he has a track record of consistency and success that might provide comfort to Jason Garrett and company.

Fantasy players will jump to add Morris and plug him into lineups everywhere with this news, but until we actually see the split on the field, caution is probably the right way to approach this situation.