Cowboys have an interesting roster plan for Sunday’s season finale 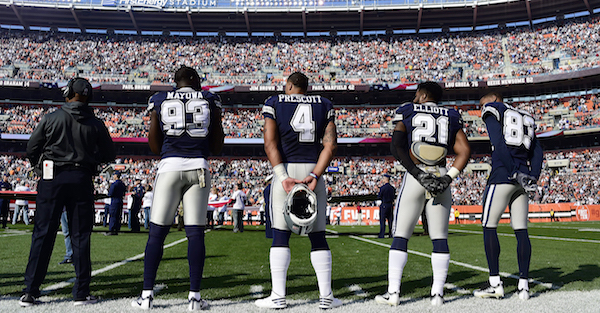 The Dallas Cowboys will wrap up their regular season with the NFC East already in their grasp and the playoffs just within planning range.

They’ll match up against the Philadelphia Eagles on Sunday, but with Dak Prescott slated to play select snaps and Mark Sanchez, not Tony Romo, expected to suit up and play:

Cowboys' working plan is to have QB Mark Sanchez active Sunday in finale with the probability that Dak Prescott won't play entire game.

Whether it’s a plan to keep Romo healthy as a guaranteed backup option for Dallas’ playoff run, or if it’s a plan for the offseason and moving on from Romo, it’s currently unknown.

Regardless, it’s an interesting decision to not give Romo any reps if he is expected to be the primary backup in case of a Prescott injury.