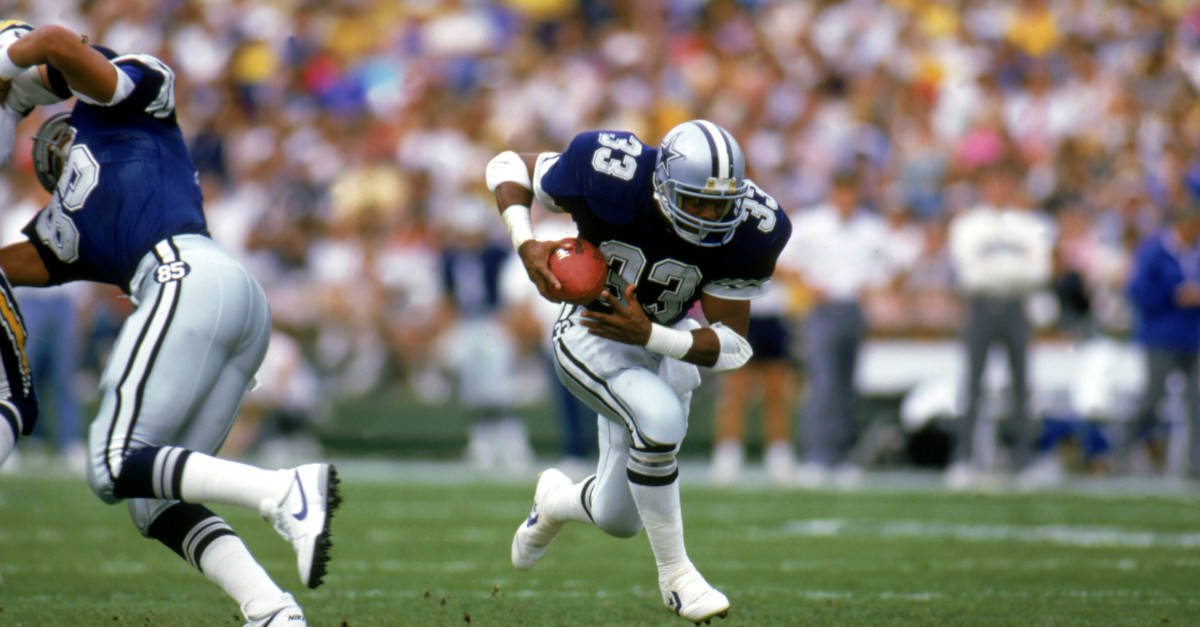 Hall of Fame running back Tony Dorsett is in a battle with CTE, degenerative condition that is caused by repeated head trauma, according to many scientists. Former NFL stars Junior Seau and Dave Duerson, who both committed suicide, were diagnosed with the disease.

In a recent revealing interview with a radio station in Dallas, Dorsett said he “is in a battle” with the disease and struggles with it every single day.

“I signed up for this when, I guess, I started playing football so many years ago,” Dorsett told 1310 The Ticket in Dallas, via ESPN. “But, obviously, not knowing that the end was going to be like this. But I love the game. The game was good to me. It’s just unfortunate that I’m going through what I’m going through.

“I’m in the fight, man. I’m not just laying around letting this overtake me. I’m fighting. I’m in the battle. I’m hoping we can reverse this thing somehow.”

Dorsett says in the interview that he forgets how to get to places and has outbursts at his family, but even with the struggles he is going through, his family is there to support him.

“It’s very frustrating at times for me. I’ve got a good team of people around me, my wife and kids, who work with me,” he said. “When you’ve been in this town for so long and I have to go to some place I’ve been going to for many, many, many years, and then all of a sudden I forget how to get there. Those things are frustrating when it comes to those things.

“I understand that I’m combating it, trying to get better. But, you know, some days are good. Some days are bad.”

Dorsett and his family are in our thoughts and prayers. Let’s hope that this legend can combat this awful condition and live a happy life.