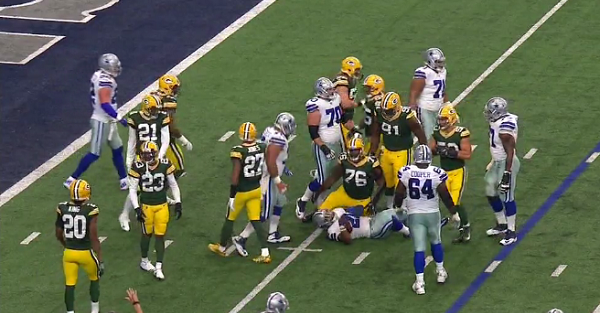 The Packers and Cowboys are always involved in some tough games and they make the fans want to curse sometimes. But it looks like one hot mic caught one of the players cursing on live television and it was not pretty at all. Here’s the video:

It’s unclear who said it, but there was definitely a hard F-bomb and another four letter word that begins with “S” that was thrown in there. The Packers were involved in another F-bomb debacle two Thursdays ago on TNF as well. It’s unclear if it was the same player or even if it came from that team, but it is quite curious.

The Cowboys are leading the Packers 14-6 in the second quarter.