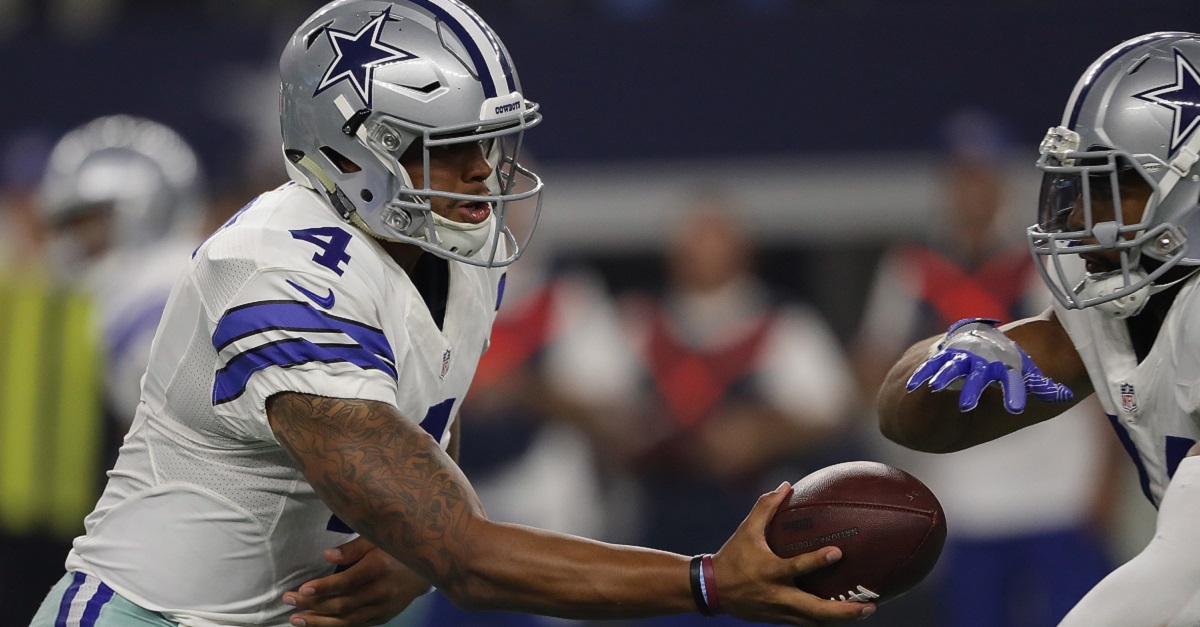 With Dak Prescott tearing it up throughout the preseason, the Dallas Cowboys are reportedly looking to fill another reserve quarterback spot behind Prescott and second-year player Jameill Showers.

Cowboys have been looking at acquiring another QB, either Aaron Murray, Mark Sanchez or Austin Davis. https://t.co/y6R3P35dDn

It truly depends on what Dallas is looking for when deciding between these three.

Sanchez’s play was never top-tier, but he was a decent game-manager and has only had more touchdowns than interceptions three times over his six-year career.

If it’s just a guy with a few starts under his belt, then it’s Austin Davis.

Davis has started 10 games over his career, throwing for 378 yards, 13 touchdowns and 12 interceptions. To be fair to Davis, it was with the St. Louis Rams and Cleveland Browns, neither of which had a wide receiver above the skill set of Tavon Austin (a running back-wideout prototype) and Kenny Britt.

If Dallas wants to go with high upside, but someone who hasn’t yet proven he has the chops to be an every week starter, it’s former Georgia standout Aaron Murray.

A fifth-round pick in 2014, Murray has been an emergency guy for the Kansas City Chiefs, but hasn’t seen any more play time than in the preseason.

Murray and Sanchez would cost the Cowboys some type of compensation, while Dallas could ink Davis as a free agent.