Cris Carter calls out fellow HOFer Jerry Rice, whose legacy continues to tarnish by the day 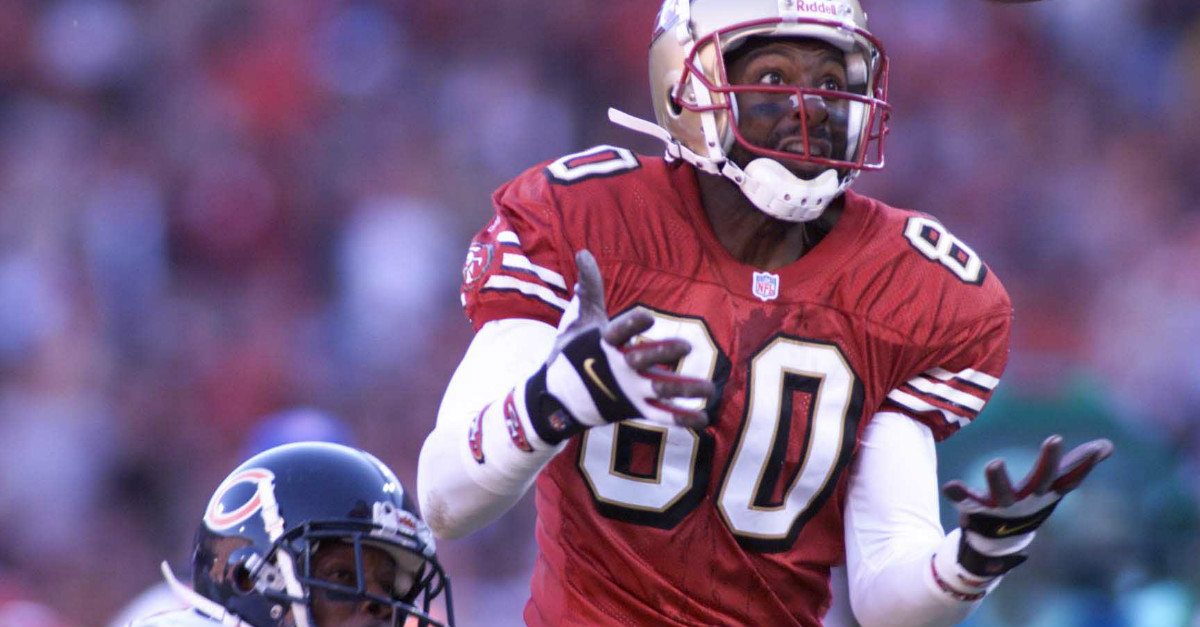 Jerry Rice has dug himself a grave that looks like it’s going to be impossible to climb out of. In an interview with ESPN on the evolution of gloves, Rice admitted to using a stickum, which is a substance that would make your gloves sticky and help make it easier to catch the ball. The problem with Rice admitting this is, stickum was banned in 1981. He began playing in 1985.

He then apologized for admitting that he cheated, but qualified it by saying ALL players used the sticky material. But fellow hall of famer Cris Carter stood up for himself to refute Rice’s “fact.”

God made my hands, he put #StickumGate on them,never a need to use anything but my God giving talent, and perfect it with a Jugs machine.

I never used #StickumGate , and @JerryRice isn't speaking about me or for me.

Along with Rice, Carter is considered one of the greatest receivers of all-time, and for him to come out and pretty much call Rice a liar speaks volumes to what Rice has done in the football community by admitting he cheated and throwing every receiver under the bus.

Carter also called the fellow hall of famer a cheater because he used stickum.

@maksports98 if he used stickum, JR was cheating also.

He continues to look a giant hypocrite by the day and I don’t know if there’s a way for him to remedy the situation.