Cris Carter’s son scored a touchdown, bullied a coach and then all hell broke loose 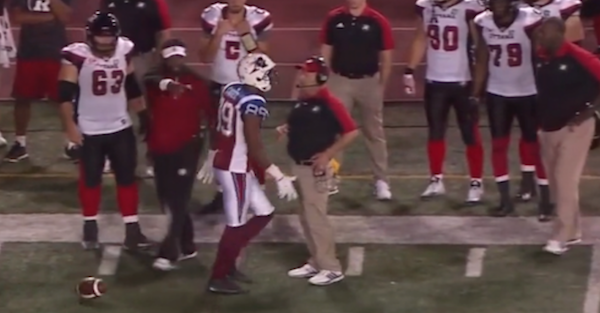 Early in the third quarter of Montreal’s contest with Ottawa, Cris Carter’s kid, Duron, notched a truly incredible snag between two defenders to put his squad right back in the thick of the matchup.

Carter then lost his mind, knocked over an Ottawa coach and walked through the sideline full of Ottawa players as he gestured to the crowd.

The former Ohio State Buckeye and Indianapolis Colt was tossed from the game for his actions.