Dak Prescott has a bold prediction, and it’s hard to argue with him on this one 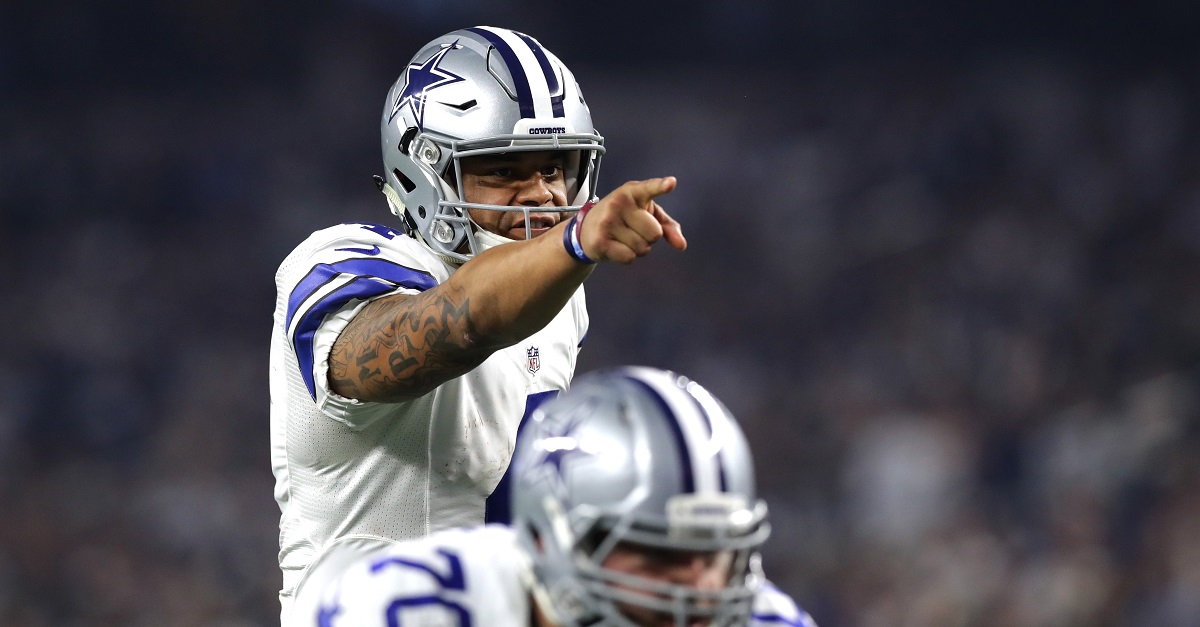 Related: Skip Bayless doesn’t think the Patriots will repeat, and is getting on this bandwagon

After winning the NFL Rookie of the Year, Prescott was asked how confident he is about the Cowboys’ chances of playing in Super Bowl LII next season.

“So confident,” Prescott said via the Dallas Morning News. “I don’t think anyone has more confidence in me than I do in myself. Not only myself but this team, organization, it’s the Cowboys.”

“We’re excited for what’s to come for our growth as a unit, as a team, as an organization. We’ve got a great young team and we’re looking for a lot more.”

It’s a bold statement for Prescott to make, but the Cowboys were the best team in the NFC throughout the regular season. Dallas is the favorite to win the NFC next season, and Vegas projects them to meet the New England Patriots in Super Bowl LII.