Dak Prescott may be playing great, but Dallas is wisely playing down expectations 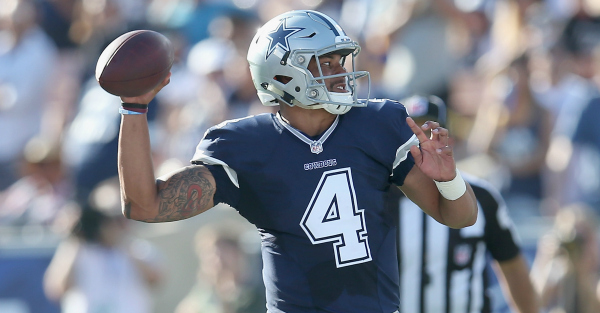 Rookie quarterback Dak Prescott has wowed the Cowboy faithful in his first two preseason appearances. But despite all the high praise, the front office types are backing away from naming him as Tony Romo’s clear backup.

Nevertheless, when you couple Prescott’s numbers from his first two outings with his performance in practice, which has reportedly been very good, and the feelings of his teammates, there can’t be much else he needs to do to win the job. Unless you ask Jones.

RELATED: The Cowboys are so comfortable at QB they might be making a huge mistake

Prescott, himself, says that while things appear to be coming fairly easy to him on the field, it’s really a direct result of all his hard work behind the scenes.

?I don?t think ?easy? is the word,? Prescott said. ?It?s the work I put in through the week. I?ve got great veterans, great coaches and that puts me in a great position to be successful on the field. I?m thankful for that, but a lot of hard work goes in for that.?