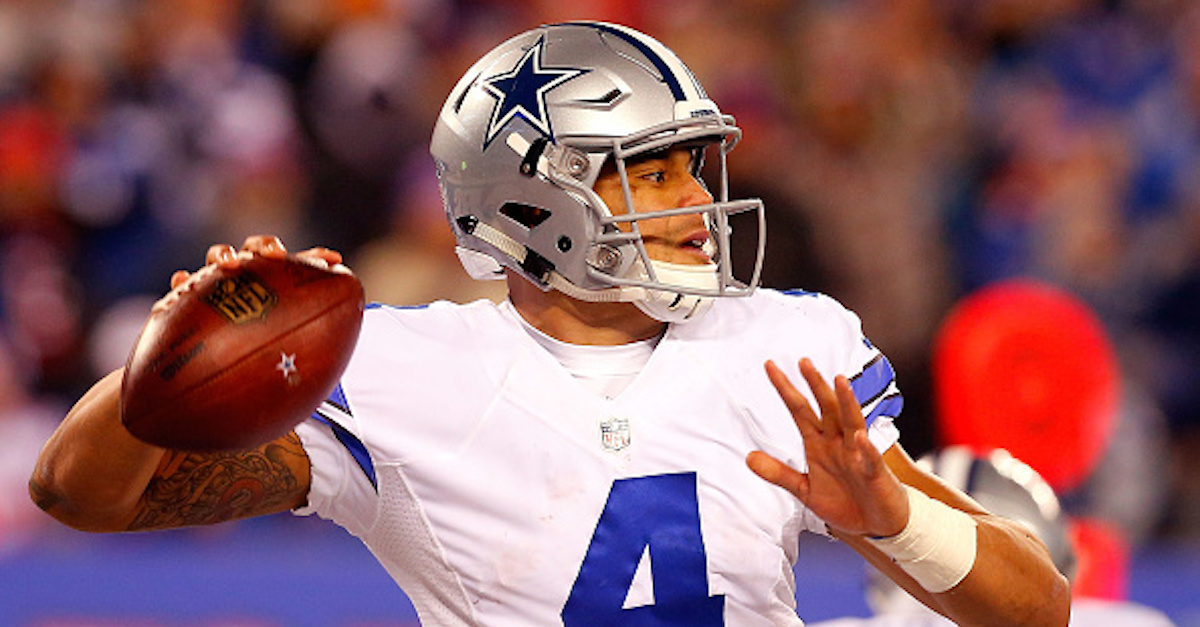 All of the hype during the 2016 NFL Draft went to the Dallas Cowboys’ first-round selection, Ezekiel Elliott, whom they selected with the No. 4 overall pick.

And Elliott has paid off for them thus far.

But as we’re quickly learning, Dallas’ best pick in that draft actually came in the fourth round, when they selected Dak Prescott with pick No. 135.

Under head coach Dan Mullen at Mississippi State, Prescott was often compared to Tim Tebow because of their similar play styles ? also because Mullen coached both of them.

However, unlike Tebow, Prescott is evolving as a quarterback and has found success from the pocket, and it’s proving to be the driving force behind the Dallas offense. The quarterback is the most important player on the field, after all.

With that passing touchdown, @dak reached 25 career touchdowns with the fewest interceptions (4) in NFL history. pic.twitter.com/23wKJVv6nD

With Prescott leading the way and Elliott pounding the rock, the Cowboys are going to be trouble for the rest of the league for years to come.