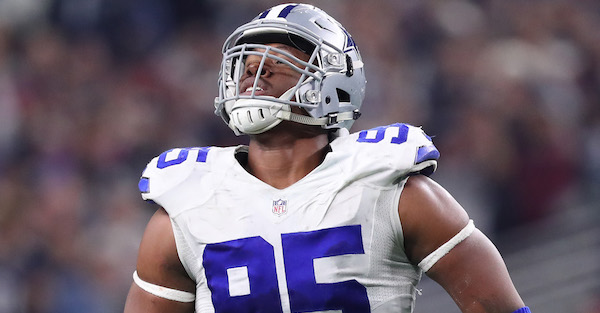 When the news broke right before the Cowboys’ season opener against the New York Giants that running back Ezekiel Elliott would not have to immediately serve his six-game suspension, plenty of Dallas fans thought they would be taking an early command of first place in the NFC East.

After a 2-2 start, it appears having Elliott ready to go wasn’t all the Cowboys needed. No, after a 35-30 loss to the young Los Angeles Rams on Sunday, Dallas could have used a boost to its defense instead ? especially with linebackers Anthony Hitchens and Sean Lee injured.

They’ll get that boost next week.

Now that he’s served the four-game suspension the NFL handed him for having violating the league’s performance-enhancing drugs policy, defensive lineman David Irving will return to action for Dallas.

Head coach Jason Garrett is hopeful Irving will be ready to go in Week 5.

?The hope is to get him integrated and see how he?s doing,? Garrett said. ?We haven?t seen him in four weeks, but hopefully he?s in shape and ready to go. We?ll try to integrate him into practice and just see how he is and take it day-by-day. He?ll be in tomorrow.?

The Cowboys currently rank No. 21 in total defense, having allowed 1,357 yards through four games. They have also surrendered 97 points, which sits them at No. 26 in the league.