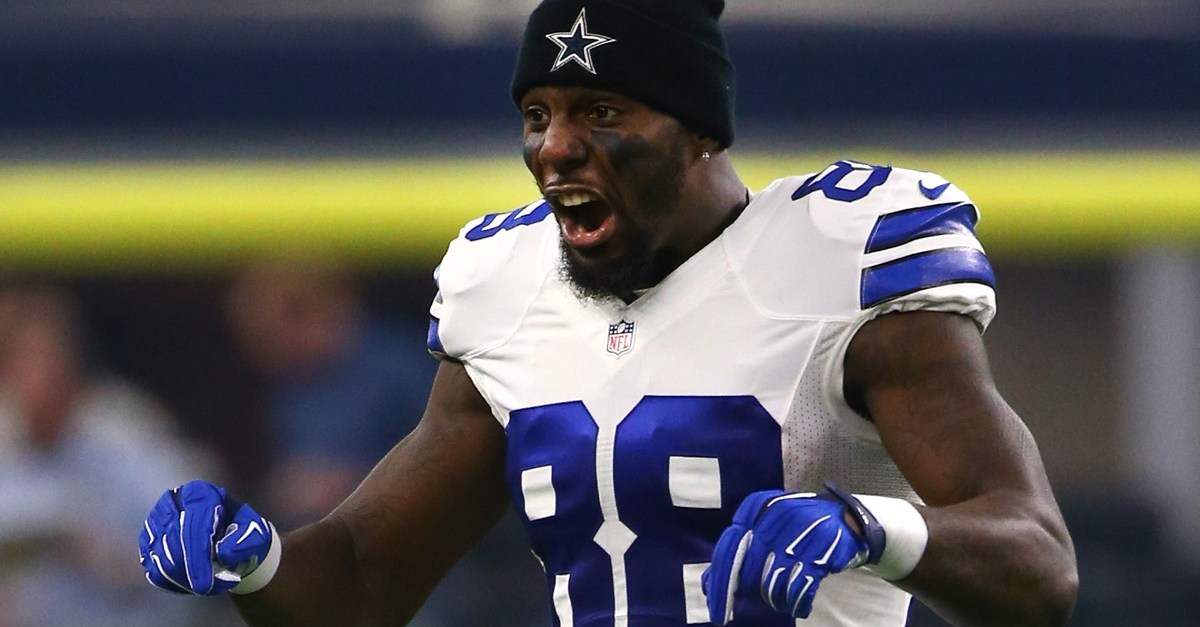 Elsa/Getty Images
ARLINGTON, TX - NOVEMBER 1: Dez Bryant #88 of the Dallas Cowboys walks the playing field before the Cowboys take on the Seattle Seahawks at AT&T Stadium on November 1, 2015 in Arlington, Texas. (Photo by Tom Pennington/Getty Images

Stephen Jones, son of Dallas Cowboys owner Jerry Jones, has some thoughts on wide receiver Dez Bryant. The executive vice president of the franchise believes Bryant’s sideline antics are sometimes a little too much.

Jones joined Hangin With The Boys to discuss a variety of things, but it is his thoughts on Bryant that will most certainly be making the rounds.

Fair or not, it isn’t likely a wise thing to say in a public setting.

Stephen Jones joined @HWTB to explain the team's "moving parts" and how they will handle Dez Bryant this offseason.
Full Show: https://t.co/OFEVoXp7xN pic.twitter.com/BSaUtcIMDb

“When Dak came in, he certainly is not going to play the game exactly like Tony played the game. I think it hasn’t ever just hit on all cylinders yet in term of how Dak-and-Dez the connection works. I think it’s a work in progress. I think it could improve if given the opportunity.”

Finally, Jones bluntly stated that the Cowboys pay Bryant a lot of money and infers the receiver needs to do more.

“Of course we pay Dez a lot of money, and he knows that. He’s as aware of it as anybody. … He knows when you get paid that kind of money there’s high expectations in terms of the productivity. … Those are all things we have to look at as a team, as an organization when we start to put our team together next year.”

Bryant, who has had a down few seasons relative to his standards, had his best campaign this since the 2014 journey this past . By the time Dallas’ season was finished, Bryant had 69 catches for 838 yards and 6 touchdowns.