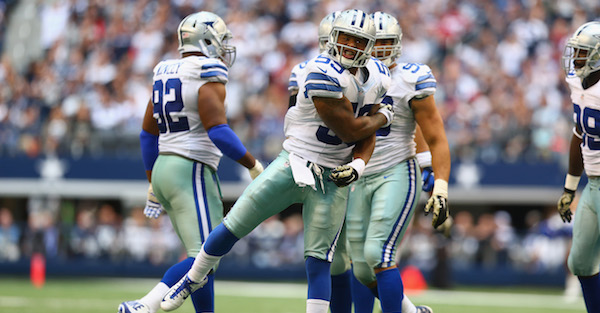 UPDATE: Adam Schefter is reporting the injury is not a season-ending one. However, he will miss significant time because of it.

Cowboys MLB Anthony Hitchens suffered a tibial plateau fracture in his right knee and will need 8 weeks to recover, per @toddarcher.

The Week 1 version of the Dallas Cowboys will already include several inexperienced players due to suspensions and injuries, and another projected starter was hurt in a preseason game.

Linebacker Anthony Hitches suffered a knee injury in the Cowboys’ preseason game against the Oakland Raiders, and the team believes the injury to be season-ending according to NFL Network’s Ian Rapoport.

Fellow teammate Sean Lee said the loss of Hitchens would be “huge.”

Sean Lee on possibility of losing Anthony Hitchens: "It would be a huge loss. He's one of the most underrated linebackers in the NFL."

If Hitchens is out for the season, rookie Jaylon Smith might be forced to have a bigger role than anticipated.

The injury to Anthony Hitchens is brutal. Jaylon Smith not ready and #59 was having a fantastic camp. Big loss.

The 25-year-old Hitchens started all 16 games last year, and he recorded 39 tackles and 1.5 sacks last season.

Dallas opens the season against the New York Giants on Sunday, Sept. 10.