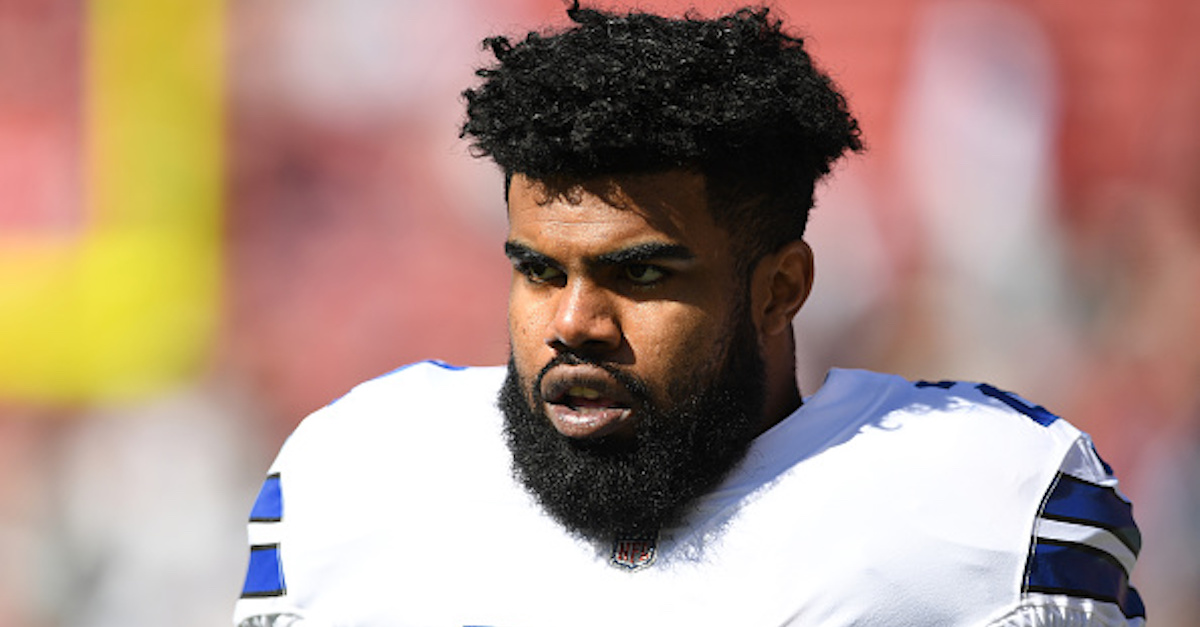 The Dallas Cowboys are on a three-game losing streak and things don’t seem to be heading in the right direction.

Dak Prescott has been playing bad football, the defense has been giving up a ton of points and the offense has absolutely sputtered with Ezekiel Elliott out due to suspension.

In fact, according to Ian Rapoport of NFL.com, Dallas’ offense has fallen to historic lows with Elliott not on the field.

Since Zeke Elliott’s suspension, the #Cowboys have scored fewer than 10 points in 3 straight games for the first time in franchise history.

To Rapaport’s point, the Cowboys have scored seven, nine, and six respectively in their past three losses, with this past Thursday’s Thanksgiving day debacle being the worst of the three games.

Not only was the game on national television, but the Cowboys couldn’t get anything going — scoring one touchdown but notching only 247 total yards of offense while going 6-of-11 on third downs and giving away the ball two times, both interceptions from Prescott. That’s not even mentioning seven penalties for negative 60 yards, which is almost as much as the Cowboys put up on the ground against the Chargers.

Dallas was able to accumulate only 79 rushing yards, with Rod Smith’s touchdown being the lone highlight on the ground. And in fact, in their last three games without Elliott — all losses — the Cowboys have notched only 298 total rushing yards and two touchdowns on the ground.

Those stats are in stark contrast to Dallas’ output with Elliott on the field.

In the first eight games of the season, Dallas notched 1,185 total rushing yards and 11 touchdowns via the run. Elliott contributed 783 of those yards and seven of the touchdowns.

To say that Dallas misses Elliott’s presence on offense would be an understatement. In fact, the Cowboys have been crippled without him.