Somehow, things just got even worse for the Dallas Cowboys 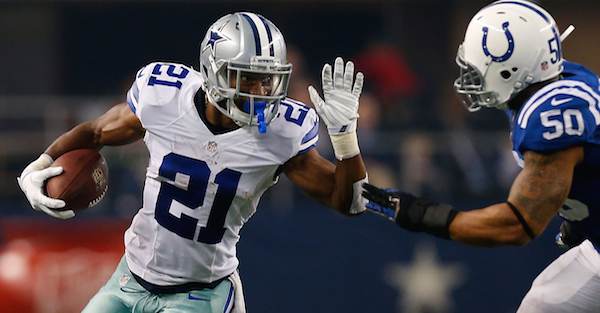 ARLINGTON, TX - DECEMBER 21: Joseph Randle #21 of the Dallas Cowboys carries the ball as Jerrell Freeman #50 of the Indianapolis Colts tries to position for the tackle in the first half at AT&T Stadium on December 21, 2014 in Arlington, Texas. (Photo by Tom Pennington/Getty Images)

As the Dallas Cowboys eye the start of the regular season, they’re surely hoping the injury bug gets out of their system now.

Not only are running backs Darren McFadden (PUP – hamstring) and Lance Dunbar (day-to-day – ankle) out with injuries, but the Cowboys backfield has suffered yet another step backward, according to the team’s official website:

It’s speculated that Randle suffered an oblique injury, and there’s no timetable for his return. If Randle is out for extended time, it would push undrafted free agent Gus Johnson and second-year player Lache Seastrunk into prominent spots.

The report notes Dunbar is hopeful to return to practice next week.