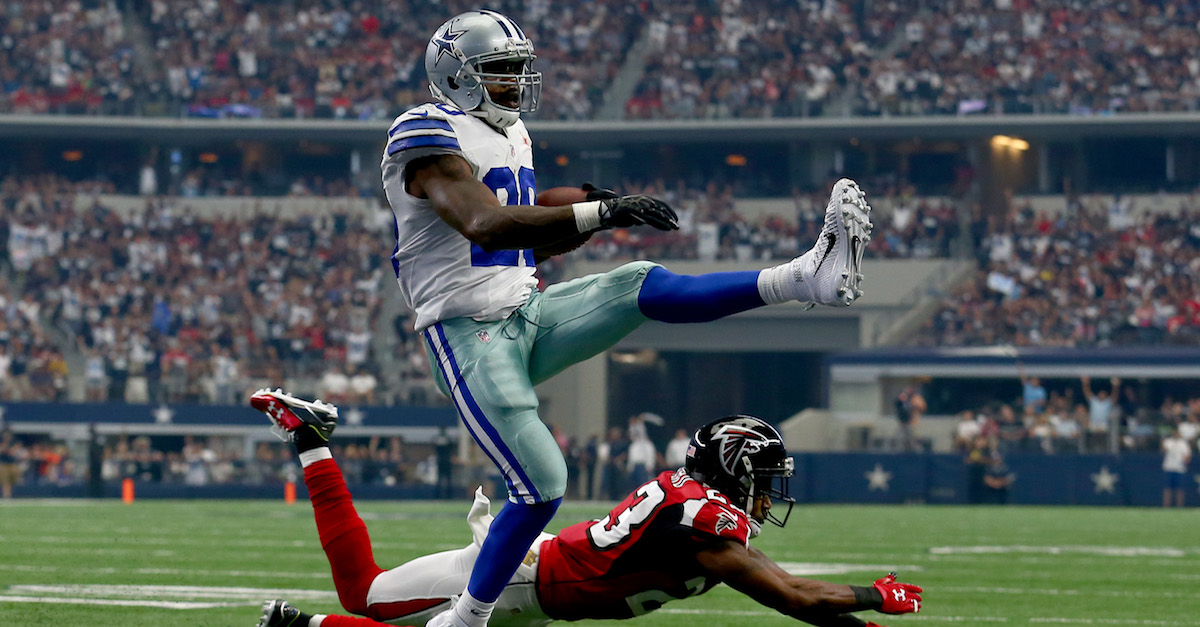 Former No. 4 overall pick, running back Darren McFadden has been waived by the Dallas Cowboys.

Sources: Based on mutual discussions, the #Cowboys are going to waive veteran RB Darren McFadden. A possible addition for a playoff team

With Ezekiel Elliott’s suspension, McFadden was thought to get a fair shake and winning the job and helping Dallas’ offense flow. That hasn’t been the case, as McFadden has played in just one game this season, rushing the ball once for -2 yards.

In three games since Elliott’s suspension, the Cowboys have rushed for 107, 112 and 79 yards, respectively. The numbers are decent, but Dak Prescott’s inability to get anything going has shown defenses are allowing Dallas to get what it wants on the ground, but nothing through the air. The Cowboys are 0-3 without Elliott this season.

McFadden was the real deal for the Razorbacks, winning two All-American honors as well as two Doak Walker Awards, which is given out yearly to the best running back in college football. He rushed for over 100 yards in a game 22 times, even playing quarterback for Arkansas in the Wildcat formation. In fact, McFadden didn?t just rush the ball, he threw it as well. In three seasons, he completed 14-of-22 passes for 205 yards seven touchdowns and just one interception.

McFadden stayed with the Raiders for the first seven years of his career, starting only five games in his rookie season and then seven in 2008. He notched 499 yards and four touchdowns in year one and 357 yards and a score in year two. He didn?t come out of the gate on fire as expected, but that was largely due to numerous injuries he suffered during his first two years in the league.

The 2010 season was McFadden?s breakout year, as he finally flashed his big play potential. He rushed 223 times for the Raiders that season, notching 1,157 yards and seven touchdowns. He also finally got involved in the passing game for Oakland, putting up 507 yards and three touchdowns on 47 receptions.

McFadden wasn?t a bust in Oakland, but he certainly never lived up to the expectations.

In 2015, McFadden signed a two-year deal with the Dallas Cowboys and got a new lease on his NFL life, and it showed. He came out of the gates firing, showing off a bit of that old magic that made him so great for the Razorbacks. He only notched three touchdowns for the Cowboys that season, but he did rush 239 times for 1,089 yards ? largely carrying the running load for Dallas.